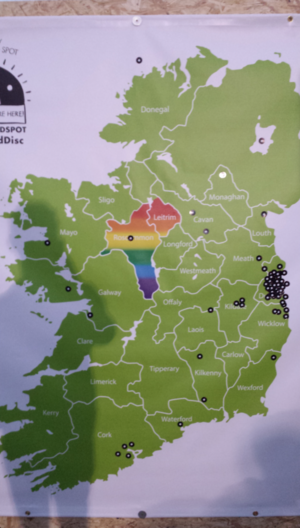 A subtle dig at them pesky Midlanders at The [overpriced] Beatyard Festival in Dun Laoghaire on Sunday.

Previously: Fanfare For The Roscommon Man 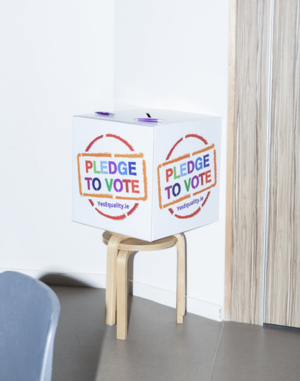 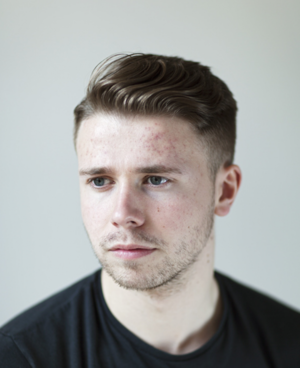 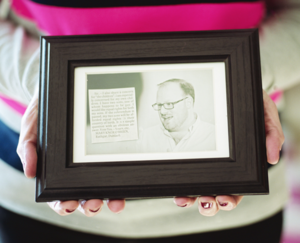 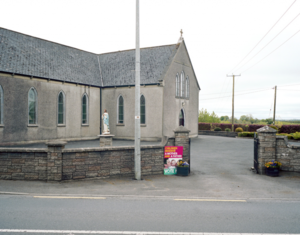 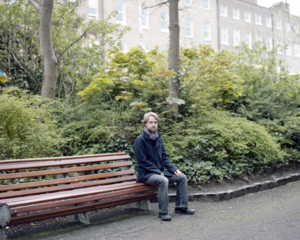 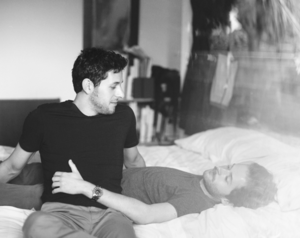 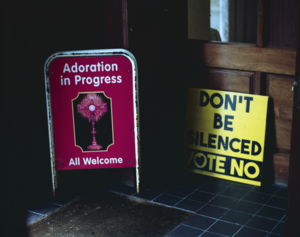 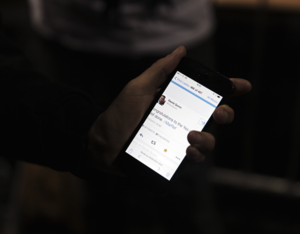 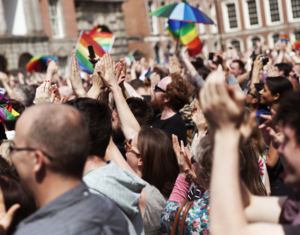 A selection of images from an extensive Marriage Referendum photo essay by photogrpaher Tristan Hutchinson.

“Shot over the course of six months, the work follows the different campaigners, activists, canvassers, everyday voting public and members of the LGBT community as Ireland went to the polls.”

From top: A Pledge to Vote box at a LGBT deaf fundraiser; Dale McDermott, then-President of Young Fine Gael; Mary Knox O’Brien and a letter she wrote to the media supporting a Yes vote for her son Cian; A church in Roscommon; Ben Conroy, of the Iona Institute; Alfonso and Rob; A church in Co. Mayo; The Iona Institute, concedes defeat; Celebrations in Dublin Castle after the final tally is announced – 62.1% to 37.9% in favour of same-sex marriage 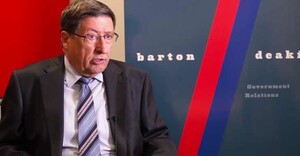 “An advisor to the Australian Liberal Party has launched an anti-Irish tirade, after members of the opposition called for a vote on gay marriage there. Speaking yesterday on Sky News Australia, Grahame Morris made several claims about Ireland and the Irish people.”

“‘The trigger was a vote in Ireland – I love the Irish and half the parliament’s full of Irishmen, but these are people who can’t grow potatoes, they’ve got a mutant lawn weed as their national symbol and they can’t verbalise the difference between a tree and the number three,’ he said.”

“Mr Morris was complaining after a member of the opposition, Tanya Plibersek, had said her party was going to put up a vote on same-sex marriage, following the vote here.”

‘They can’t grow potatoes, and have a weed as their national symbol’ Australian advisor launches anti-Irish tirade (Newstalk)

Previously: In The Middle Of A Chain Reaction

How Low Can Australia Go? 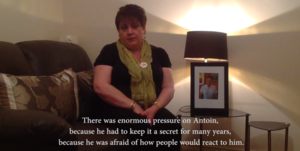 One of the most effective and emotional pleas for a Yes vote. 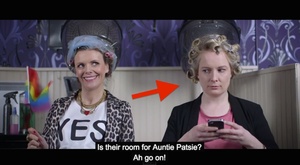 Marriage Equality: Bring Your Family With You

Featuring Broadsheet’s only natural blonde Emily O’Callaghan (arrowed) and others*. 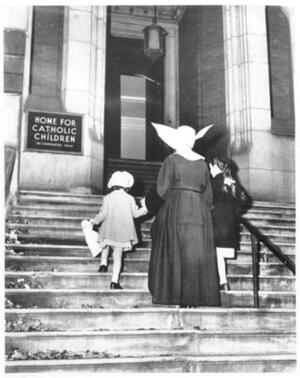 I don’t think you need a man and a woman to raise a child. I started life in a Catholic orphanage run by nuns, a very happy place. I had 10 years in boarding school run by Catholic nuns and loved every minute of it. I had my bag packed and ready to return a week before the holidays ended. My adoptive mother was widowed when I was six and worked all her life, and didn’t remarry until I was 19. So all my formative years were without a man in my life.

I would have loved to have had my dad all my life and I loved my stepfather. But I didn’t need either to be well raised. It’s love that matters, whether the parent is single, homosexual or heterosexual. – Yours, etc, 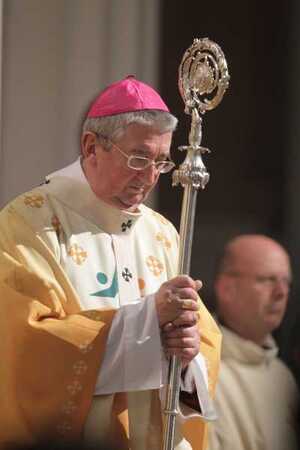 “At the moment on behalf of the State, the priest acts as the solemniser of the marriage between a woman and a man. Obviously if the definition of marriage changes then this role will change.” 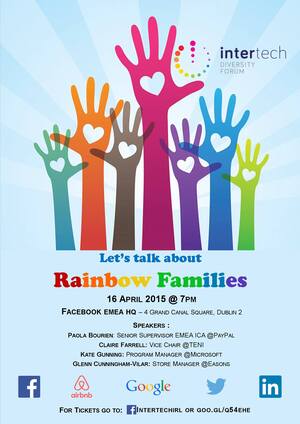 InterTech is a diversity forum I helped start last year. As a coalition of Google, Facebook, Twitter, Airbnb and LinkedIn LGBT employees, it is intended as a platform to socialise and debate for LGBT employees and allies. We are hosting our third event in Facebook HQ next Thursday evening – and FREE tickets are available here.

We will be talking to managers from Paypal, Microsoft and Easons as well as Claire Farrell (VP of TENI) about their experience of parenthood through the lens of their LGBT identity. This video sets the backdrop; every family is different, so let’s celebrate those differences. 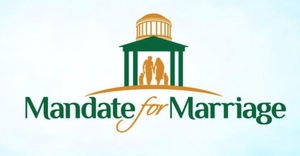 And save potential form-ticking blushes.

I am a very young 43 year old with two children. I’ve been married to my lovely wife for 15 years and I am concerned that with no consideration to my family the government plan to change the definition of my marriage to suit a relatively small group of people who want what I have but are not willing to do what I do to get it. (Meaning marriage as presently constituted of course)

….I’ve been listening with great interest to the media coverage of the debate and I’ve not heard this particular point covered.

If this ‘Re-defining Marriage’ bill is passed in May. Because let’s face it. That’s actually what the government are planning to do. Re-define what marriage means albeit calling it; ““Marriage may be contracted in accordance with law by two persons without distinction as to their sex.” will mean that post0-May 2015 if the bill is passed any time in the future I tick a box on a form for a mortgage, a driving licence, or any other official/unofficial document that asks my marital status, will no longer mean that I’m married to a woman.

It will just mean that I’m married. I will have to spend the rest of my natural life qualifying my sexuality to others so that others know that I’m not gay and that I am in fact married to a women.

Now I know that some will say; What does sexuality have to do with filling out a form. It doesn’t. It shouldn’t have anything to do with any appointments for a job etc.. It’s the point that people will not know that I am not married to a woman, and, that I might be gay. This will become  a misrepresentation of my sexuality going forward.

I should not have to be put in this situation. I don’t have any issues with people who gay or lesbian. But I will start sounding like I’m homophobic by responding to people who ask in general conversation if I’m married? that yes, I am married, and that I’m married to a woman not Man….. 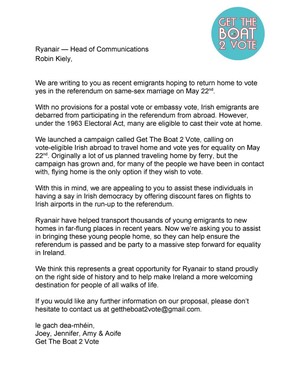 Under Section 5 (4) of the Electoral Act 1963, Irish citizens overseas may retain full voting rights as continuing stakeholders within the polity for a period of 18 months, should they intend to return to Ireland within that timeframe…

“My friend Joey and his amazing friends are organising the Get the Boat 2 Vote campaign to get young Irish immigrants home from the UK to vote onMay 22nd. They just penned a letter to Ryanair (above) asking to help out with flights and I think the more coverage the better, so you’d nearly give them a shout out! Next, a letter to Emirates to get us all home from Aussie!”