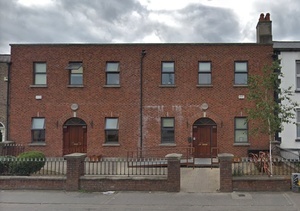 Between 2010 and 2017, 28 “unaccompanied minors” or “separated children” went missing from State care.

These are people under the age of 18 who arrive in Ireland seeking asylum without being accompanied by a parent or a guardian.

Instead, since 2010, separated children have been mainly cared for in foster care settings.

This followed a decade of separated children largely residing in mainly unsupervised hostels – from which hundreds such children went missing.

For example, in June 2007, five Nigerian girls, the youngest of whom was aged 11, went missing from their accommodation in Ireland and there were fears at the time that they were being used in Ireland’s sex industry.

In a 2009 report by the then Children’s Ombudsman Emily Logan, she found a stark difference between the unregistered (seven) and registered hostels (two) used by separated children in Dublin at that time.

She examined the unregistered hostels with addresses at Staircase Hostel and Brehon House, both in Dublin city centre and both of which accommodated 30 people; Sandford House, Dublin 6; Chester House, Dublin 7: Ashton House, Dublin 9; and Riversdale in Co Dublin.

The registered hostels she examined were Lansa House, Dublin 4 (which opened in 2008); and Belleview House, Dublin 24 – both of which accommodated six young people.

At the time of writing her report, Ms Logan also wrote about the “alarming” number of children who were disappearing from State care.

END_OF_DOCUMENT_TOKEN_TO_BE_REPLACED 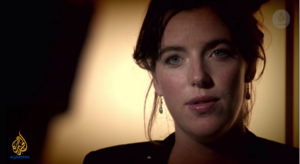 Separated children are asylum-seeking children, aged under 18, who arrive in Ireland without their parents or legal care giver.

It’s understood some are trafficked while others are sent to Ireland by their families.

Since 1999, more than 6,000 separated children have arrived in Ireland.

Between 1999 and 2010, separated children were sent to live in largely unsupervised mixed youth hostels across the country with, sometimes, up to 150 children living in each hostel. Some of the hostels would have seen ten children share a room. Once they turned 18, they were transferred to the direct provision system.

According to the most recent figures, 513 separated children went missing from State care between 2000 and 2010, with 440 of these children still unaccounted for.

In 2005, Ireland’s first Children’s Ombudsman, Emily Logan visited a privately-run hostel for separated children and was disturbed at how easily strangers could enter the hostel. At the time of her visit, the Irish Refugee Council was claiming one separated child a week was disappearing from HSE care.

“You could actually get into the hostel and up to the landing upstairs without anybody stopping you.”

In December 2010, following considerable criticism, the last hostel for unaccompanied minors was closed down and Crosscare took over as the provider of care for separated children.

Further to this, in October of last year, Irish journalist Sinéad O’Shea did a three-part series on ‘separated children’ for RTÉ’s Drivetime, called Irish Style – Still Hurting the Vulnerable.

Ms O’Shea spoke to one 17-year-old who was raped multiple times before becoming pregnant and wasn’t allowed travel to the UK for an abortion.

Ms O’Shea also looked at the HSE’s poor level of statistics and information about separated children in Ireland, and she explained how it was strangely difficult to find people to speak on the record about the provision of abortion for separated children.

A former HSE social worker, who wished to remain anonymous, spoke to Ms O’Shea about what it was like to work in the hostel system:

“On a given day, you could have had ten referrals, so you could have had 10 young people arriving in, some of them would be going into care, some of them would be reunited with family, so then you had to like trace the family. So, they would say, ‘My mum or dad was in the country’. Those reunifications were very stressful and people were very uncomfortable doing them because they were under so much pressure that you didn’t have time to do a thorough assessment and then you were sending this child to the care of this person but then the alternative was to send this child to a hostel.”

Before Crosscare came into effect, most separated girls who became pregnant were sent to a mother and baby unit near Tallaght.

Speaking about the conditions of the mother and baby unit, Crosscare’s social care manager Gordon Hill told Ms O’Shea comparing the provision of care for Irish girls in State care who were pregnant with that of separated girls who were pregnant was like comparing “chalk and cheese”.

Sarah*, from Ghana, arrived in Ireland as a separated child. As of last October she was living in Mosney as an asylum seeker.

“I came to Ireland when I was 17. My mum and uncle arranged for me to come here…They hired an agent, he was not a good man. On the way, he took me to Togo and raped me. He then brought me to Ireland, gave me an address and money for my taxi. I was put in a hostel. There were about 160 people there.”

“Two other girls in my hostel were having an abortion. She said I didn’t have the right documentation to go to the UK. When I was four months’ pregnant, I took a lot of pills and had a miscarriage. I’m not sure what happened. At the time it was the biggest disaster of my life. When I came out of Holles Street, I met a social worker for two and a half hours. He gave me some leaflet, I went back to school. When I turned 18, I went into Direct Provision, it was a few years later, I am now in Mosney, still have waiting status. I have a child and a partner now but the situation is not always good. I am fearful. I don’t know what is going to happen. Recently I made contact with the Rape Crisis Centre and I’m taking anti-depressants, I am not feeling hopeful for the future.”

Ms O’Shea later tracked down the two girls from the hostel who had abortions. They had them in 2003.

As regards separated children who were brought to the UK for terminations, Ms O’Shea said she first became aware that this happened when she spoke with someone who once worked with Dublin VEC. This person who spoke with Ms O’Shea said they’d heard of two or three terminations taking place and that they had helped with the organisation of one of these.

Ms O’Shea explained how, a month after the Department of Health stated that it didn’t keep records of how many children in care had been brought aboard for abortions, then Children’s Minister Frances Fitzgerald – in response to a Dail question last summer – said the HSE informed her six minors in State care had travelled abroad for abortions on suicide grounds since 1992.

This number relates to all children in State care – including Irish children and separated minors.

However, Ms O’Shea spoke to one psychiatrist about his involvement with the HSE in the certification of children in care to go abroad for terminations and he recalled dealing with five or six cases in one year alone. Several weeks after her initial interview with this psychiatrist, he contacted Ms O’Shea and said he would be risking his career if he spoke publically about the process.

“I first became involved in this, around 2005/2006. I’m not sure of the dates I’ll have to double check. Somebody from the Irish and Family Planning Association contacted me and asked if I could perform psychiatric checks on underage girls who were being brought abroad by the HSE for terminations. I didn’t fully understand why my opinion was being solicited but apparently the HSE thought it was necessary. It was my view that these girls should be allowed go abroad and have terminations if they so wished. I didn’t see why they should be subject to any rigorous questioning. I simply asked them if they wanted to go and if they felt this was the right decision. Each time, they said yes. I dealt with about five or six cases over a year-long period though, again, I’d have to check that for you. After that time, the arrangement came to an end.”

During her research, Ms O’Shea requested an interview with the IFPA but they asked her to send them questions, which they subsequently answered, via email. Ms O’Shea asked the IFPA how many cases it dealt with but they replied, ‘In line with good medical practices, client details are held for seven years. [We] have no records of any unaccompanied minor using our counselling services in the past seven years.’

Ms O’Shea also spoke with Mary Kenny, the senior manager for unaccompanied minors services at the HSE, asking her if she knew how many pregnancies had taken place amongst separated children.

Asked about the number of terminations, Ms Kenny told Ms O’Shea that “the numbers are so low that to state them would make these children easily identifiable”, and she reiterated the figure – six – that was given in response to the Dail question, mentioned above.

But – as Ms O’Shea points out in her series – there were the two girls in Sarah’s hostel who had the terminations in 2003; she spoke with a social worker who worked on one case between 2001 and 2003; she spoke with a former VEC worker who worked on a case; there was the psychiatrist who worked on five or six cases over a year-long period in 2005/2006; there was the case of Miss C in 1997; and Ms O’Shea found newspaper reports discussing the case of an Irish child in care in 2003; a case in 2005, 2006 and then two likely other cases – bringing the figure to 15 or 16.

During her series, Ms O’Shea claimed that, even though there may have been some doubling up in cases, the figure six still does not ring true.

*Not her real name.