Between 2010 and 2017, 28 “unaccompanied minors” or “separated children” went missing from State care.

These are people under the age of 18 who arrive in Ireland seeking asylum without being accompanied by a parent or a guardian.

Instead, since 2010, separated children have been mainly cared for in foster care settings.

This followed a decade of separated children largely residing in mainly unsupervised hostels – from which hundreds such children went missing.

For example, in June 2007, five Nigerian girls, the youngest of whom was aged 11, went missing from their accommodation in Ireland and there were fears at the time that they were being used in Ireland’s sex industry.

In a 2009 report by the then Children’s Ombudsman Emily Logan, she found a stark difference between the unregistered (seven) and registered hostels (two) used by separated children in Dublin at that time.

She examined the unregistered hostels with addresses at Staircase Hostel and Brehon House, both in Dublin city centre and both of which accommodated 30 people; Sandford House, Dublin 6; Chester House, Dublin 7: Ashton House, Dublin 9; and Riversdale in Co Dublin.

The registered hostels she examined were Lansa House, Dublin 4 (which opened in 2008); and Belleview House, Dublin 24 – both of which accommodated six young people.

At the time of writing her report, Ms Logan also wrote about the “alarming” number of children who were disappearing from State care.

“This large number of missing children is alarming as is the apparent lack of further investigation into incidents. Minister Barry Andrews stated earlier this year that “We wish to treat all unaccompanied children seeking asylum in the same way as all children in the State are treated.” Yet, the majority of missing separated children are not listed on the missing persons website.”

“Separated children are generally not found or do not reappear once they go missing.

“A young person who was known to this office unfortunately went missing earlier this year. The young person in question has not yet appeared on the missing person website, nor was any publicity given to the disappearance.”

In 2012, in the Dáil, Fianna Fáil TD Charlie McConalogue noted that, between 2000 and 2010, 512 separated children went missing from State care with 72 eventually found, leaving 440 unaccounted for over that ten-year period.

Similarly, in 2014, Barnardos recorded that 513 separated children went missing between 2000 and 2010 and that 440 were still unaccounted for.

The change of care settings for separated children in 2010 – from largely unsupervised hostels to foster care – came about following a recommendation in July 2009, by the Report of the Commission to Inquire into Child Abuse.

“Unlike other hostels run by the voluntary or private sector, these hostels [for separated children] are not registered and inspected by the HSE. As children in care, these asylum-seeking children should be allocated a social worker and be placed in accommodation suitable for their needs and inspected like any other children’s hostels.”

Tusla has said it’s unable to give a specific breakdown of the ages of the 28 children who went missing between 2010 and 2017, the specific type of care setting they went missing from and the location of their care setting.

“The issue of separated children who go missing from care is complex. There are several factors that may contribute:

“The child’s appeal for asylum has been refused and he/she is nearing 18 and is reacting to the pending threat of deportation.

“The person has been smuggled into the country to join the workforce on a consensual basis and is availing of the child protection service as a fast track route into the state.

“The child has been trafficked into the State.”

In relation to the steps taken by Tusla upon finding out a separated child is missing, the spokeswoman said:

“A Joint National Protocol on Children who go missing from care has been agreed between the Gardai and the Tusla.

“Intensive meetings took place with the Garda National Immigration Bureau (GNIB) and local Gardai to adapt this protocol for separated children seeking asylum who go missing. The following measures were agreed for implementation:-

“Collaborative interviewing at the ports between social workers and Gardai.

“Fingerprinting of persons presenting as underage at the ports, for tracking purposes.

“Planned Garda surveillance of those at risk of going missing from the point of presentation at ports to the initial placement period in hostels.

“Monitoring of the notification system of missing persons to local Gardai to be closely monitored by Garda Inspectors.

“Joint training of Tusla staff and Gardai/ G.N.I.B. staff in relation to children at high risk of going missing.”

At The Morrison Hotel, Dublin 1.

EMN Ireland Conference: Looking to the future for unaccompanied minors in Ireland and Europe (EMN Ireland)

Poznan: Thanks For The Mammaries (NSFW) 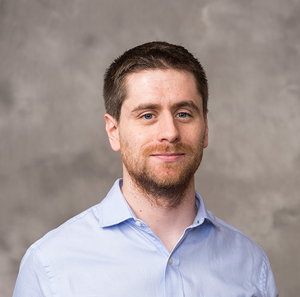 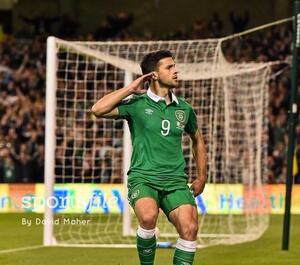