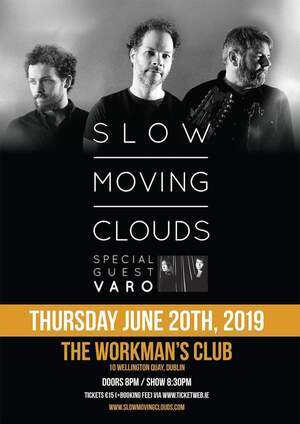 Last year’s album ‘Starfall’ was a slow-burning gem and they have just released a video (above) for the title track, which is as minimalist as they come.

Support comes from Italian/French duo Varo, who have just uploaded a live video featuring their drone-driven rendition of an old Scottish folk tune from 1793, ‘Ye Jacobites By Name’, in which band members Consuelo Breschi and Lucie Azconaga are joined by Helen Diamond. Their sound is a mix of Irish trad, medieval, baroque and folk.

Nick says: If you really don’t know Clouds at all, now is a good time to get acquainted. 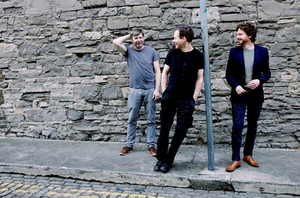 1. Drawing on both Irish and Nordic traditions, Dublin-based Slow Moving Clouds present a rich fusion of sound and influence.

3. Last November saw the band release debut record Os to critical acclaim, and recognition of their twist on the trad template leading to comparisons to contemporaries Lynched. Streaming above is the video to instrumental piece Devil’s Polska.

4. The band heads on tour to support the record in April & May: April 30th at the Triskel in Cork, May 5th in Dublin at Bello Bar, May 20th in Galway at The Crane Bar, and May 28 at Belfast’s Duncairn Centre.

Verdict: Slow Moving Clouds draw from individual and collective musical lexicons to create fearless and inventive music, binding the traditional with the experimental.