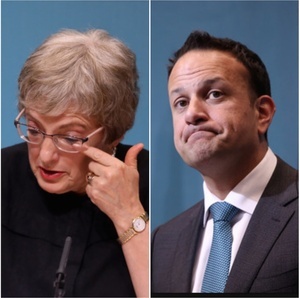 Minister for Children Katherine Zappone and Taoiseach Leo Varadkar have made emotional responses to the latest adoption scandal.

The Coalition of Mother And Baby home Survivors (CMABS) are “united in rejecting Taoiseach Leo Varadkar’s assertion that it is too early to consider redress or free DNA tests” for the victims of the latest adoption related scandal.

Once again, the Government’s instant response to survivors and victims is to fob them off and began the endless series of excuses, stalling, scoping exercises and sub committees, while illegally adopted people and their natural mothers continue to die by the hundreds.

CMABS notes for the record that despite extensive lobbying by campaigners, Minister Zappone has already rejected including illegally adopted people in the current Inquiry into Mother and Baby homes and related matters.

Illegally adopted people are the victims of crime and as such, have a right to ‘legal remedy’ under domestic and international law. Minister Zappone has denied illegal adoptees and their natural mothers this most basic human and civil right, and now continues to do so with the support of an uncaring Taoiseach.

Campaigners have long insisted that a national DNA database for adopted people and natural mothers is one of the very few ways progress can be made here but, it has been consistently rejected.

The victims of this latest scandal will almost certainly need long term counseling to assist them in dealing with their new situations but there is no sign of any such facility or funding at present.

There should be modest interim payments to victims – both illegal adoptees and their natural mothers – to give them the time and space to deal with the shock, possibly take time off work and, source local counseling.

Taoiseach Varadkar and Minister Zappone need to urgently address this matter by meeting with representative groups and listening, instead of never ending cheap soundbites in the media followed by years of inaction while survivors die.

A national DNA database with free tests for survivors, an moderate interim redress payment and free counseling are the bare minimum required in this instance.

CMABS notes that there is also a severe deficit of political will in Ireland to deal with the dark history of our country and the living survivors who still bear the scars to this day.

CMABS also notes our calls for a dedicated unit of civil servants, Gardai and social workers with the power to seize records, and pro actively investigate illegal adoptions, has been consistently rejected for many years.

There is still time to prosecute any persons left alive who have been complicit in these inhuman crimes.

Survivors of Mother and Baby homes, forced adoptions, illegal adoptions and a myriad of immoral and criminal activity, are a dying community.

It seems state policy is currently to carry on denying and stalling every inch of the way, while we die, to reduce the final cost.

This is nothing but a shameful reflection on our national politics and a lack of courage and political will by Varadkar and Zappone who have once again shamed themselves personally with their mealy mouthed response to the elderly victims of odious crimes.

Paul is author of the recently-published Adoption Machine: The Dark History of Ireland’s Mother and Baby Homes and the Inside Story of How Tuam 800 Became a Global Scandal (Irish Academic Press)

Earlier: Orientated Toward The ‘Better Class of Girl’

Yesterday: ‘People May never Know They Were Adopted’ 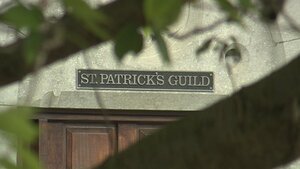 ‘These unfortunate girls are of good class with, usually, excellent background. In most cases it is imperative that they return to their employment within a fortnight or less, after the birth.

Many of them are working in such places as government offices, solicitors’ offices or hospitals. The greatest secrecy is not merely desirable but essential. Should there be a shadow of suspicion or scandal the girl’s whole future might be in jeopardy.’

Sister Frances Elizabeth, of the Daughters of Charity of St Vincent de Paul, writing in 1952 about St Patrick’s Guild,  the same year in which legislation was passed creating a legal framework for adoption from An Affair with My Mother: A Story of Adoption, Secrecy and Love by Caitríona Palmer (Penguin).

Between 1947 and 1967, St Patrick’s Guild sent 572 children to the United States for adoption, the largest number of any adoption agency in the state.

Yesterday:‘People May Not Know They Were Adopted’ 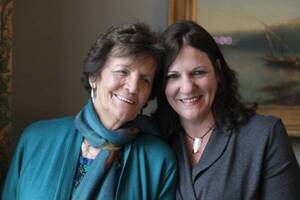 The aim of the project is to help ensure every mother and child that wishes to be reunited can do so.

The Mail on Sunday reported yesterday [not online] that more than 13,000 files held by the Catholic adoption agency, St Patrick’s Guild, are to be handed over to the State by the end of December.

“More than 13,000 files held by a controversial Catholic-run adoption agency that has admitted organising illegal adoptions are to be handed over to the State in December. St Patrick’s Guild arranged thousands of adoptions between the 1940s and 1970s, including the secret export of 572 children to the US. It no longer arranges adoptions, although it still helps with search queries. But it has been criticised for stonewalling people who were adopted through it and who have spent decades trying to trace their birth families. The Child and Family Agency has now announced that the Guild will close at the end of the year.”

Mrs Lee was single and 18 when she was pregnant and sent to a Catholic residential home for unmarried mothers in Roscrea, County Tipperary. When her son was three, she was forced to give him up for adoption and her son was sent to the US. Even though they both searched for each other in subsequent years, he died before she ever saw him again.