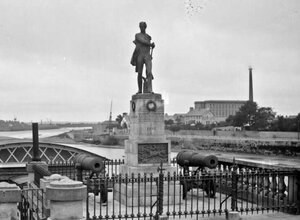 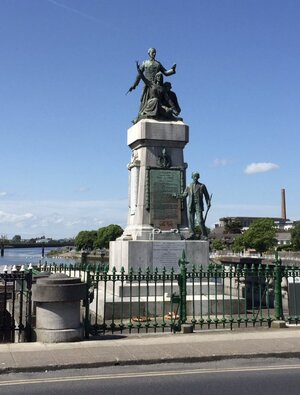 Further to the felling yesterday of the statue of slave trader Edward Calston in Bristol, England….

Monuments are temporal symbols of power and politics. Territorial markings.

A statue or monument is not “history”. Its construction, retention, reverence, preservation, defence, relocation, removal, destruction, detonation (or unceremonious dump into a river) is.

At top is The Statue of Viscount Fitzgibbon, Wellesley Bridge, Limerick. Erected in 1885.

Above is: The Limerick 1916 Memorial, Sarsfield Bridge, Limerick. Erected in 1954.

Viscount Fitzgibbon was killed during the Charge of the Light Brigade. He was the grandson of Lord Fitzgibbon the 1st Earl of Clare, infamous for his role in suppressing the 1798 rebellion and imposing the Act of Union with no concessions for Catholics.

For nationalists and republicans the monument thus represented the Protestant Ascendancy, elitism, allegiance to the Act of Union and loyalty to the British Empire.

Which is why there were at least three unsuccessful attempts to destroy it before the IRA eventually obliterated it with explosives in 1930.

Cllr Place attempted to pass a resolution condemning this act but it failed to garner the support of his peers. Alderman Wallace commented that “Fitzgibbon has passed, it is just as well that he has, as the class who erected him have also.”

I lived in Bristol for many years & am pleased to see the dismantling of some traces of its ignoble past in slavery but we in Ireland can’t think #Colston and suchlike were unique to Britain. Here are names & details of some of the Irish owners of slaves, shown in Linenhall lib pic.twitter.com/XzZTqBeHSg 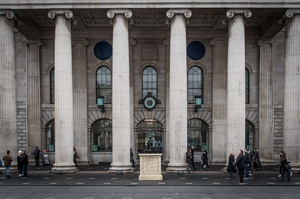 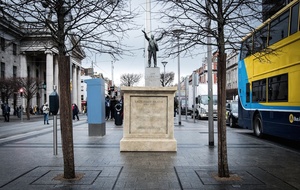 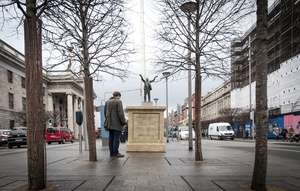 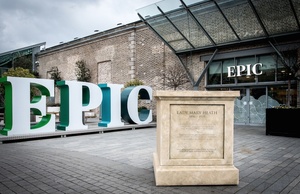 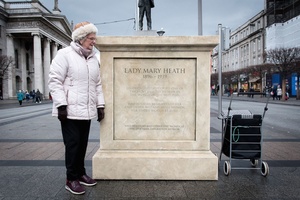 Out of over 200 public artworks in Dublin city, only seven are in memory of historical Irish women.

Six women are celebrated to be precise, whereas 48 historic men are remembered for their achievements and accomplishments.

That’s why EPIC The Irish Emigration Museum placed a plinth on O’Connell Street this morning asking why female trailbazers – like aviator Mary Heath – have been so overlooked by Irish history. 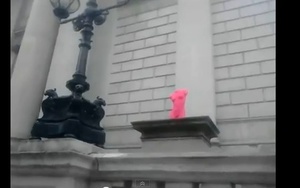 This is the third.

There are over 30 statues in Dublin city, yet only two are dedicated to Women. (Molly Malone and Constance Markievicz) I decided to install a pink female torso on a vacant plinth at Dublin castle to see if anyone would take notice.