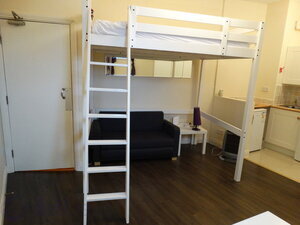 Listed for the fourth time this year.

A prime half-bunk bed with ensuite everything else.

Says the entry on Daft:

Trading Places are delighted to bring this one bedroom studio apartment to the lettings market. Located walking distance of all amenities. Facilities: washing machine. 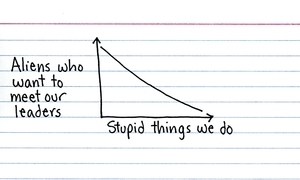 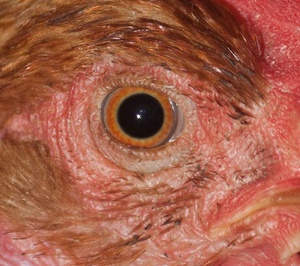 Part of a short interview, filmed in 2010 wherein the German director Werner Herzog (who took part in an ‘ask me anything’ session last month on Reddit) talks about his strong dislike of chickens. In the book Herzog on Herzog (2003) he described them thus:

Look into the eyes of a chicken and you will see real stupidity. It is a kind of bottomless stupidity, a fiendish stupidity. They are the most horrifying, cannibalistic and nightmarish creatures in the world.

And then there’s this hypnotised dancing chicken scene from Herzog’s 1977 film Stroszek.

It’d make you think though. Unless you were a chicken. In which case it wouldn’t at all.