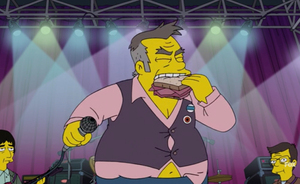 Morrissey as depicted in ‘The Simpsons’

Further to ‘The Simpsons’ gut-busting take-down of Morrissey….

‘…The Smiths’ “Panic” is an evergreen song about the effects of the political tyranny — it’s strikingly relevant today. But The Simpsons avoids noting the song’s prescience and chooses cheap mockery.

Unlike past Simpsons celebrity parodies (Barbra Streisand, the Rolling Stones, Aerosmith), this pointedly political offense exposes today’s craven showbiz practices. Not surprisingly, Quilloughby was voiced by Benedict Cumberbatch, an actor who ironically won fame and an Oscar nomination (for playing Alan Turing in The Imitation Game) through Harvey Weinstein’s influence.

The Simpsons slams Morrissey by ridiculing and misrepresenting his animal-rights stance and repeating media calumny that accuses him of racism. Lisa comes out and says it: “You’re a huge racist!” Lisa’s fractured psyche compels her need to attack others.

When the empowered Left eats itself, no hypocrisy is out of bounds. One cultural institution viciously attacks another. Instead of teaching the complex moral lessons in Morrissey’s art, The Simpsons continues its practice of PC superiority.

….Don’t let press chuckling over this episode get in the way of recognizing its offense. None of the Internet writers are informed enough to mention that Morrissey has had a long battle with the media, at least since the right-on 1991 song “Journalists Who Lie.”

Morrissey won pop-star status — and enemies — for romanticizing unconventional, misunderstood passions. His songs for the Smiths were trailblazing inspiration for the acceptance of social perspectives and emotional sensitivity that cool hipster rock had forbidden…. 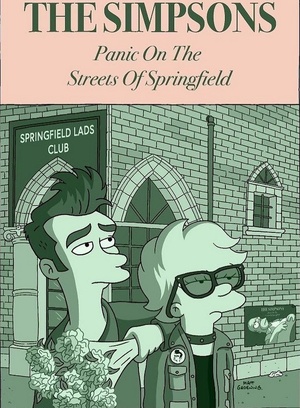 I’ve worked on this show for nearly 20 years. And this — BY FAR— is the most fun I’ve ever had working on an episode. My husband, who also works on the show, is an avid Smiths fan/collector, and was our resident Morrissey expert so it truly was a labour of love. Simpsons Smiths fans of the world, unite and watch this Sunday’s episode on FOX! 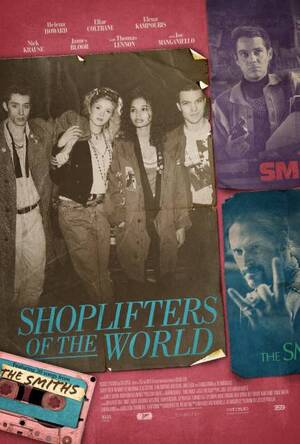 Shoplifters Of The World.

I came across this over the weekend and thought it might be of interest to your readers.

In the Summer of 1987, four friends, reeling from the sudden break-up of the iconic British band The Smiths, embark on a night out of partying to mourn their musical loss. At the same time, an impassioned Smiths fan takes a local radio DJ hostage at gunpoint and forces him to play nothing but Smiths tracks.

With the radio station playing as the soundtrack to their night, the friends go on a wild journey of self-discovery that will transform them forever. Featuring an incredible soundtrack – including 20 songs from The Smiths – Shoplifters of the World is a glorious ode to the craziness of the ‘80s and the power of music to change people’s lives….

RLJE Films will release Shoplifters of the World in cinemas, On Demand and Digital on March 26. 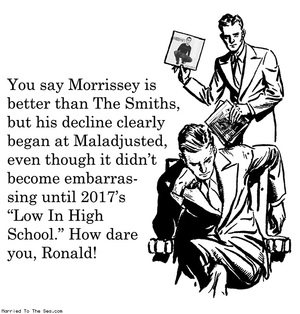 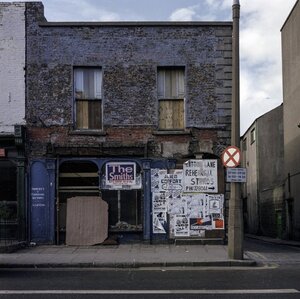 Bachelors Walk / Litton Lane, Dublin 1984
From #DublinBeforeTheTiger (1982-1992), the most comprehensive series about the inner city before the boom.
For more images please FOLLOW & RETWEET.
For print enquires: see email address in header.@photosofdublin pic.twitter.com/5CWWNyyA21 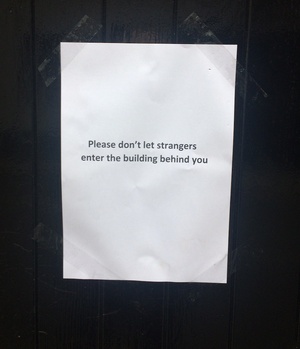 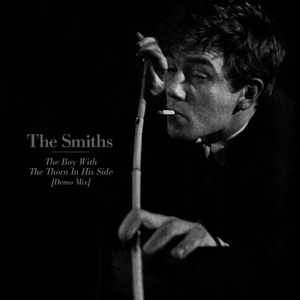 Warner UK are to release the first new single from The Smiths in 21 years, a 7″ led by a demo of The Boy With the Thorn in His Side, backed up with an unreleased take of Rubber Ring.

The artwork, featuring Albert Finney, was laid out by Morrissey.

No confirmed release date at this time.

H/T True to You 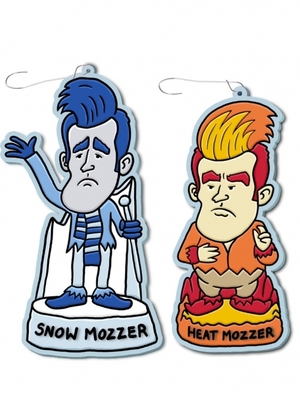 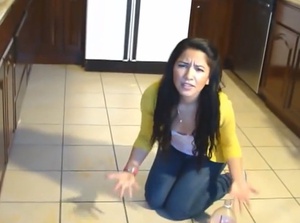 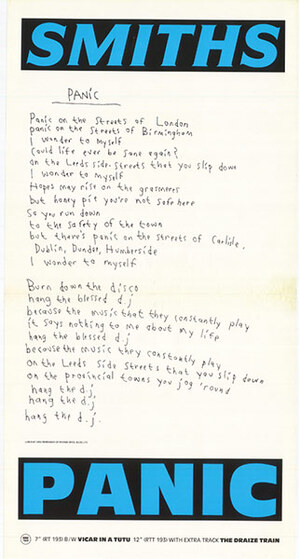 Among a trove of Moztalgia at The Smiths Poster Exhibition, currently showing BarcelonaNQ, Manchester. 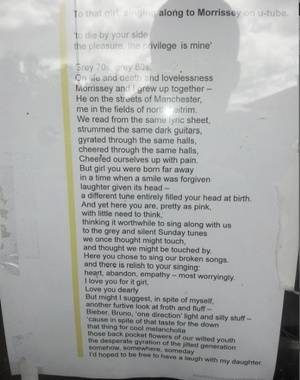 Found this Leitrim/The Smiths-based love letter taped to the bus stop in Carrick on Shannon, odd.