The White Hag Brewery in Balllymote, County Sligo will host an international craft beer festival on the last weekend in July.

And you could join the Hagstravaganza!

Having won the inaugural Oliver Hughes ‘Best Brewery in Ireland’ award from Beoir, the national craft beer organisation, our team at The White Hag have decided to host an innovative beer festival to celebrate.

The event is designed to celebrate our 3rd Birthday – and hopefully our 4th and subsequent birthdays!

We’re expecting a 1000 capacity crowd to attend the event, with 85% of guests expected to come from outside Sligo.

‘Beers not poured in Ireland’ is the theme for the event which will see over 60 beers from around the world available for the first time to Irish craft beer fans.

Our call to arms is simple – if you want to come, or know someone who would want to come (Fathers Day next week!) then buy your tickets and get your accommodation now, as rooms are tight and we want to ensure everyone who wants to come and stay over gets a spot.

All event details including accommodation lists and travel advice at link below. Tickets are €25 and include a Festival glass and 4 drinks, as well as a free train to Sligo.

And, as ever, we’d love to reward Broadsheet readers with a prize:

A pair of tickets to HAGSTRAVAGANZA, food and drinks on the day, and overnight accommodation in Sligo for two people!

Simply tell us the best reason why you should win in the comments (below)…. 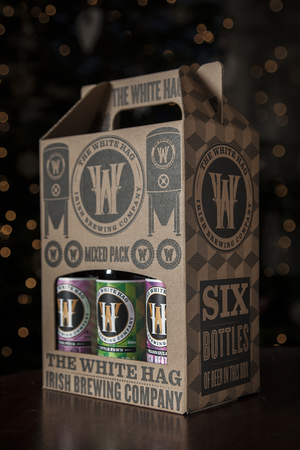 Want to gain a six pack this Christmas?

We’ve had a big year here in The White Hag, from winning Rate Beer best new brewery, to winning all three places for stouts in the Dublin Beer Cup, and several awards for our new sours.

We’ve also had lots of great new bars and bottle shops start stocking our beers, which is the only way we’ll grow as a small brewery.

You guys at broadsheet have been amazing as always, covering any of our launches, events and especially our birthday party. Like lots of other small businesses on here, we wouldn’t get the coverage anywhere else so we appreciate the love from you and your contributors/readers.

To say a small Happy Christmas, we’d like to give you FOUR of our new mixed SIX Packs to give away.

Lines Must close at MIDNIGHT! You may recall the recent White Hag Brewery tour brewhaha?

The White Hag Brewery have launched an innovative Christmas present for beer drinkers this year, as they open the doors of Sligo’s first brewery in over 100 years to the public.
In the run up to Christmas, the brewery is selling ‘Open Day Brewery Tour Vouchers’, to their open day which runs on the 28th December.

Beer fans will get to meet the Brewer, receive a step by step education on the brewing process, and get to taste all of the beers in The White Hag range. In addition, every guest will get a special commemorative gift to bring home, and some complimentary nibbles on finishing the tour.

The tours will run on the hour for an hour between 1pm and 7pm in the brewery, in Ballymote Business Park.

To reserve a place, please send an email to Chrissy@thewhitehag.com to book your space including the time you would like to start. Each tour costs €20 per person.

We have TWO free passes to give away to two beer-loving broadsheet readers. To enter, just complete this sentence. 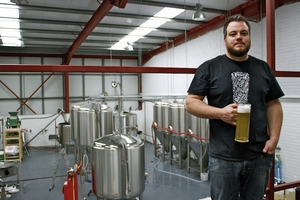