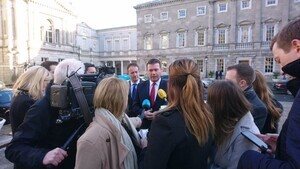 From the Explanatory Memorandum of the Bill…

Many distilleries and breweries, including micro-breweries, are tourist attractions and welcome visitors on guided tours. Under the Licencing Acts, however, unless the owners acquire a pub licence or an off-licence, it is not possible to sell those visitors the product that is made on the premises.

The purpose of this short Bill is to rectify that situation by permitting the sale by distilleries and breweries of their own product to tourists and other visitors. The Bill also covers the making of cider and perry.

Read the Bill in full here 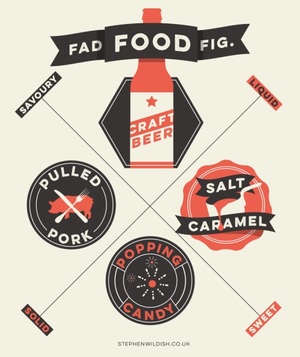 “So what’s this about? I’m honestly bemused. If you don’t like a beer, don’t f**king drink it. What on earth gives this person the motivation to go to the effort of getting this [sticker] printed, going down to the shops and putting this on a basket that I packed by hand and sent out into the world?

…I’d like the person who is doing this this to know that they’ve properly pissed off 7 talented homebrewers and me – as an effort to hurt the livelihood of people who learned their craft over years in their kitchens out of crippling obsession and passion, and it is the most lousy thing I can think of…” 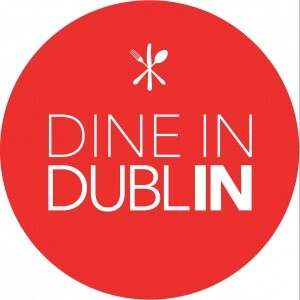 You may recall Friday’s Dine in Dublin festival competition?

Voting for the winner of the craft beer tasting night TONIGHT with Cameron Wallace of Cork’s Eight Degrees Brewery at the Gotham Cafe in Dublin was unanimous.

Derdiedas: “I deserve the Dine in Dublin craft beer event tickets particularly after the week I’ve had where I finished a contract (so I’m now unemployed), had a contract cancelled (Yay, more unemployment!!) and I found out I need to get two teeth extracted. That’ll happen on Tuesday. I won’t be able to eat for three days afterward so that tasty Gotham ‘za could be a last supper of sorts.” Part of a year long challenge to taste ALL Irish craft beers on the market.

An ex-workmate of mine has set himself a rather interesting craft beer related challenge!. The production quality just gets better with every episode! :)

Beers reviewed by Mo so far: Relief for the squeezed middle hipster in Budget 2015. “The White Hag’s first outing [at the festival], and a momentous one, with the brewery’s SEVEN beers on tap all receiving widespread praise from the beer hacks and bearded hipsters alike. If you like stout, we’ve ‘The Black Boar’, a 10.2% imperial stout here waiting for you. Ten point two!” A timely short by Sean Monaghan of Tall Story media about micro-breweries in Ireland and the search to find a better tasting beer.

A nation of Guinness lovers can’t hold them back. Further to the banning of independent White Hag Brewery from the Fleadh in Sligo. after complaints by publicans and the Vintners’ federation of Ireland.

“Since we were turned down for our licence last week to run a Craft Beer Emporium over the Fleadh, we have had to devise a new route.

We’re launching our ‘Fleadh Ale’ a special one -off beer, to coincide with the hosting of the Fleadh in Sligo in 2014. The ’Fleadh Ale’, a Red IPA, will be launched this weekend 9th August in The Swagman, Sligo just ahead of the Fleadh opening.

It’s one-off batch and is priced the same as the rest, but we felt it was worth the coincidence of our launch and the Fleadh happening together.

Lillies, 5th on Teeling, Shoot the Crows and The Dail Bar are also hosting The White Hag’s ales and beers, which can be sampled throughout the Fleadh in Sligo. It’s a testament to the commitment of these pubs to supporting local business that they will take on our beers and ales and put us on their counters during the busiest week of the year.

For the first time in over 50 years Sligo will produce and distribute its own beers and ales, creating not just a unique collection of craft beer, but a brewery the people of the North West of Ireland will be proud of.

Regarding our licence application, it’s beyond belief that a small group of self-serving publicans can effectively prevent a new local business from benefiting in full from the exposure the Fleadh will bring to Sligo.

People across the country and worldwide are seeing a seismic shift in brewing, and in the beers customers want, but some publicans in Sligo are stuck in the past, and its simply not good enough for any group in any town to behave like this

Thanks also to Broadsheet for your support, And to the readers, we’ll give away our very mixed first crate, with a 4-pack of each of our 6 bottled beers. Simply give us the best excuse why you need this beer…”