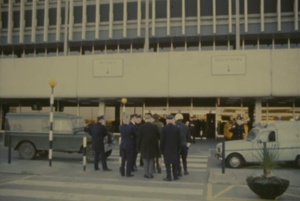 Remembering John Francis Hayes today on the 46th anniversary of his death. He was killed in Dublin Airport by a no-warning bomb on 29 November 1975. The UDA claimed responsibility for the attack. pic.twitter.com/rmeOE2E1AC

On the afternoon of 29 November 1975, a bomb exploded in the public toilets in the arrivals terminal of Dublin Airport. It killed Aer Lingus worker John Hayes (38), who lived in Balbriggan, and injured nine others. According to bomb experts the bomb was hidden in a toilet tissue dispenser and went off after Hayes washed his hands and was about to leave. The blast ripped through a wall into a public bar where about thirty people were sitting. The airport was evacuated and a second bomb was found and safely detonated by a bomb disposal team.

Stone has been in prison since an attack at Stormont in 2006, when he was found guilty of attempting to murder Sinn Féin members Gerry Adams and Martin McGuinness.

Stone had previously failed in a bid to get his conviction overturned, claiming the incident was “performance art“.
He will now serve the 18 years remaining on his 30 year sentence for the Milltown attack, after he completes his 16 year sentence for the assassination bid on the nationalist politicians. 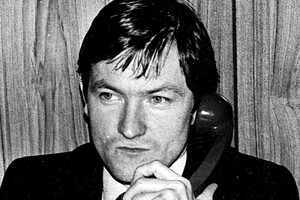 Mr Cameron said the report also answered questions about how high the collusion went, finding ministers had not been involved – but that they may have been wrongly advised.
He added: “Sir Desmond is satisfied there was not an overarching state conspiracy to murder Patrick Finucane (above).
“But while he rejects any state conspiracy he does find, quite frankly, shocking levels of state collusion. He is, and I quote, left in significant doubt as to whether Patrick Finucane would have been murdered by the Ulster Defence Association in February 1989 had it not been for the different strands of involvement by elements of the state.”