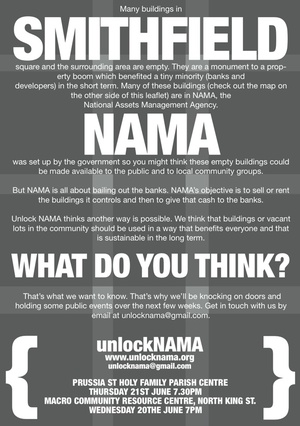 Hi Broadsheet,
We have a few meetings coming up this month focusing on the Smithfield area. We are doing a lot of outreach and are engaging with the residents of this ‘restored’ area. It would be of great help if you could throw this up to help spread the word. What it’s all about here 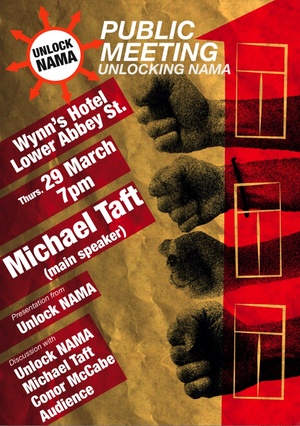 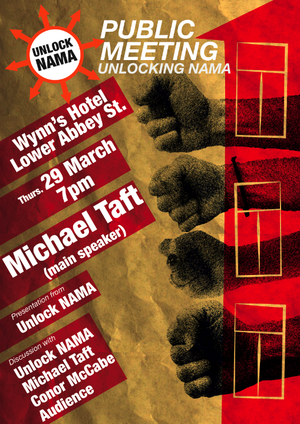 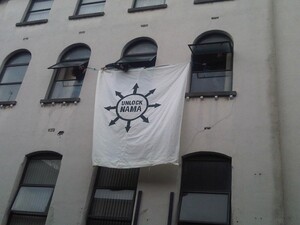 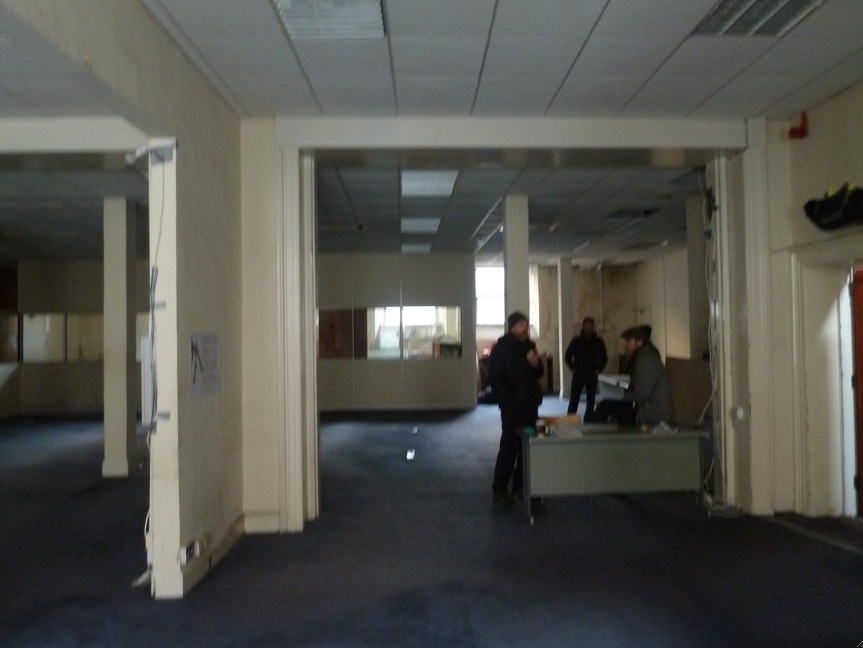 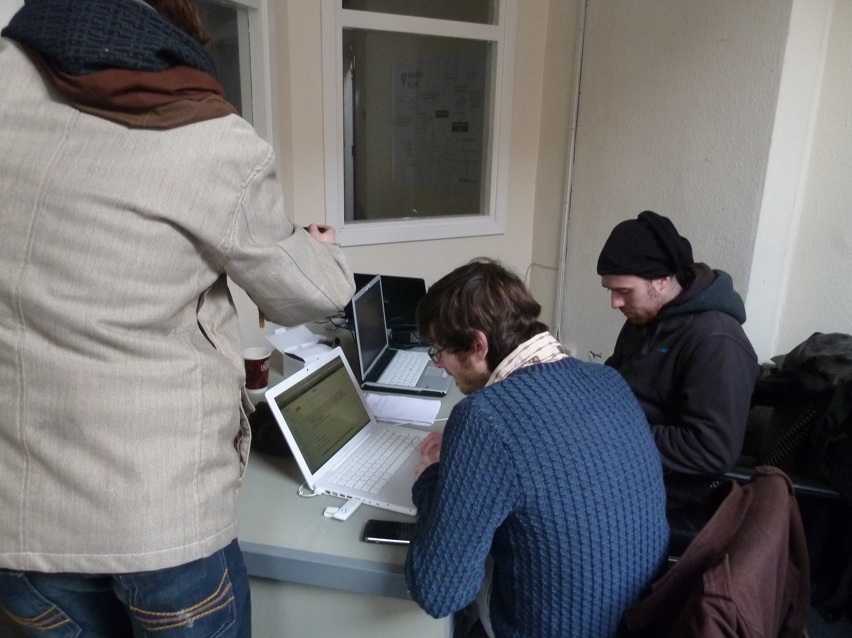 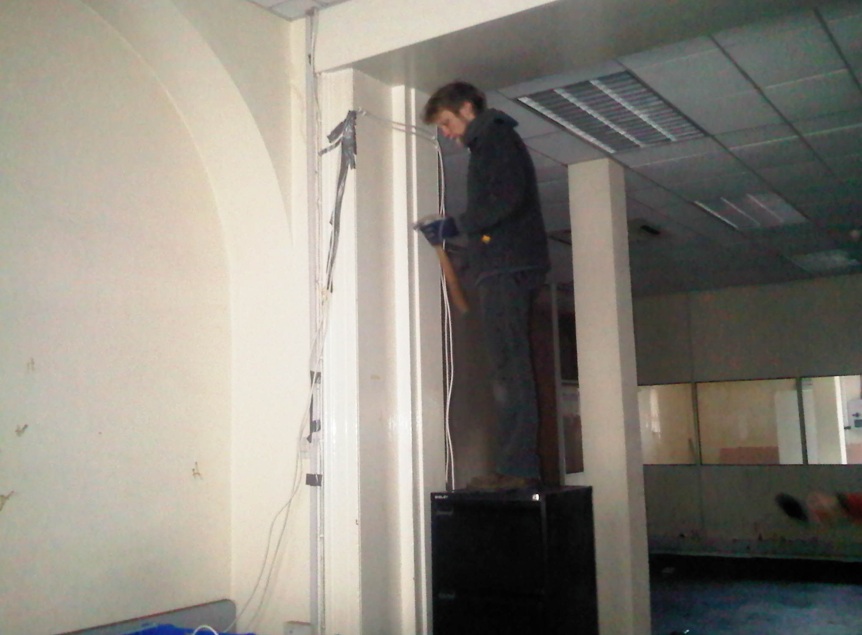 Campaigners have temporarily occupied a NAMA-owned building in Dublin city centre to launch a new campaign that aims to lift the veil of secrecy from the controversial agency. A day of events and talks by academics and authors at the re-opened building from 12 noon on Saturday (January 28th, 2012) will focus on the “unmitigated failure” of NAMA and look at alternatives.
The Unlock NAMA campaign wants to make empty NAMA buildings available for social and community use, to reveal details of all NAMA properties and assets and to challenge the culture of debt.
“We want as many people as possible to drop in and participate in the discussion and in building an alternative approach to Nama and its assets. The damage that the financial system and property speculation have caused to our society is a problem for everyone to deal with – it’s not something we can leave to the accountants and bankers that make up Nama’s staff” said Thom McDermott. 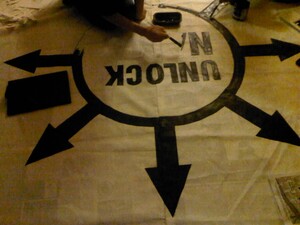 …will adorn a Nama-building that will simultaneously be occupied by protesters somewhere this weekend, we are assured.

Being painted (we assume) last night.

Sent in by the Unlock Nama massive. 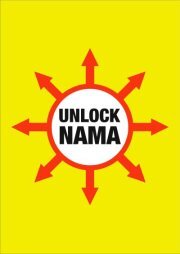