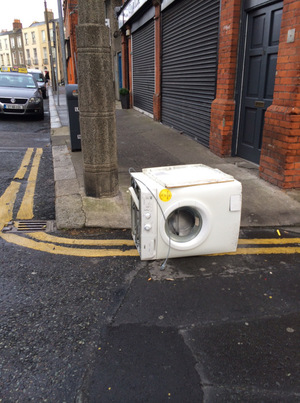 How not to do it. 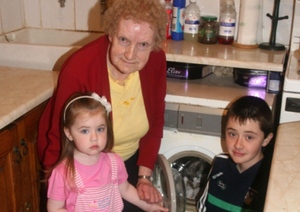 The Cappamore grandmother [Cecelia O’Dwyer, above, with grandchildren Shelley and Lorcan] has had just two washing machines in the last 44 years, with barely a problem. At one wash a day that works out at over 16,000 loads – and with four children and living on a farm it could even have been a lot more.

In 1986, the Cappamore grandmother won a Miele competition to find the oldest model of their machine in the country. Her 30-year-old machine took the prize.

…History has repeated itself as 26 years later her Zanussi washing machine is still going strong.

At work our washing machine sounds like it’s having an orgasm whilst in its spin cycle. Bashing the cupboard doors open and banging the side walls.