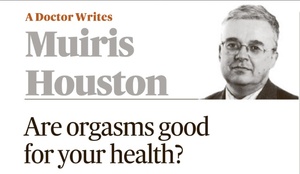 Are orgasms good for your health? (Muiris Houston, Irish Times) 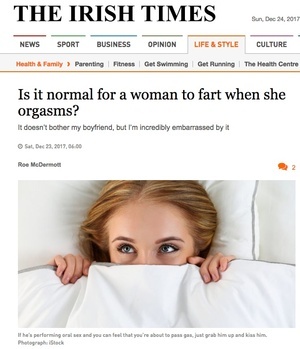 Pardon me for being rude, it was not me, it was my food; it just popped up to say hello, but now it’s gone back down below.

Is it normal for a woman to fart when she orgasms? (Irish Times) 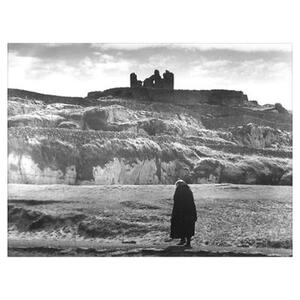 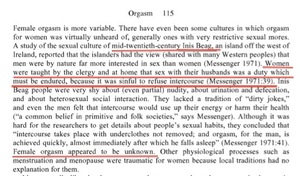 (A summary of the Messenger Inis Beag study – our Kinsey – conducted in the late 1950s/early 1960s with a focus on women. Inis Beag is a pseudonym for Inisheer in the Aran Islands photographed, top, in 1955)

Come a long way, in fairness.

Extract via Handbook of the New Sexuality Studies

At work our washing machine sounds like it’s having an orgasm whilst in its spin cycle. Bashing the cupboard doors open and banging the side walls.