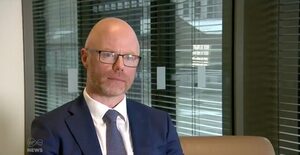 Zara King: “Minister Donnelly, at a time when the Government is asking people to work from home where possible until the 13th of September, how can you justify sending thousands of children, from thousands of households, back into a classroom setting from next week.”

Stephen Donnelly: “The classroom setting is a controlled environment. So what’s been happening over the last few weeks and indeed months, is the Department of Education has been working very closely with public health experts and now the teachers, the principals to make sure that the infection prevention and control measures that are required are in place.

“So our homes, most of our homes are not controlled environments but schools are. And so they’re fundamentally different and are considered different from the public health doctors.”

King: “But minister, do you appreciate and understand that people are worried, they’re concerned, they don’t feel comfortable or confident about sending their children back to school next week?”

King: “But are we comparing that, minister, to a global pandemic? To a virus that kills people? It’s not the same as playing sports really, is it?”

King: “The risk is much higher though and we’re aware of that are we not when it comes to the virus?”

Donnelly: “Well the risk is not necessarily much higher. This is about recognising there are things we do in life which inherently carry a risk and we got to manage that risk and unfortunately until we have a vaccine, widely distributed for Covid-19, that is the case. That’s what the measures are about. They’re about saying ‘let’s move now, let’s not move until community transmission goes up and up, let’s move now to do what we know will work to reduce community transmission so that the schools can reopen’.”

Yesterday: “Is There A Magic Number For Schools, Pubs Or Anywhere Else? There Isn’t”