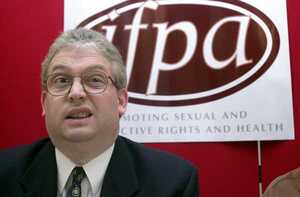 Pro-Lifers in Ireland are deeply dismayed by the appointment of the former Chief Executive of the Irish Family Planning Association (IFPA) as Director General of Ireland’s Health Service Executive (HSE). The IFPA is an affiliate of International Planned Parenthood Federation IPPF one of the largest abortion providers in the world.
…The Minister in recent weeks has been acting contrary to the pro-life commitments made by his party at the last election. This became evident during the reading of the recently defeated private members bill tabled by Clare Daly when the Minister made it clear that he was in favour of legislation for abortion
…The political message being sent by Minister Reilly in appointing someone as Director General of the HSE who has spent most of his career campaigning for abortion on demand in Ireland is unmistakable.