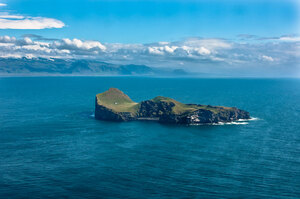 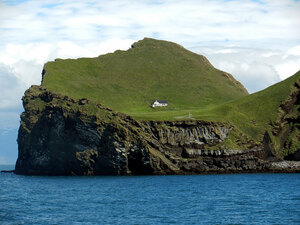 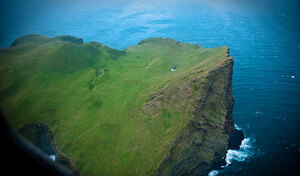 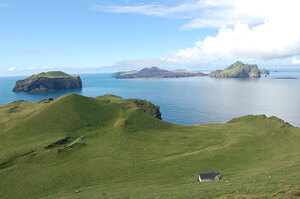 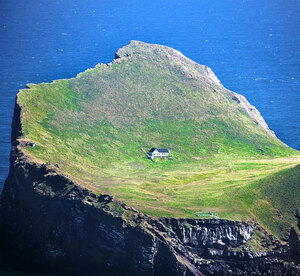 Elliðaey island on the Vestmannaeyjar peninsula off southern Iceland. Three hundred years ago the island was home to five families who subsisted by fishing, hunting puffins and raising cattle.

By the 1930s, the last of their descendents left Elliðaey but a single cabin built in 1953 has been the subject of much speculation.

Not the home of Bjork or an eccentric hermit billionaire, as previously thought, it’s actually a sauna and shelter owned by modern day puffin hunters.