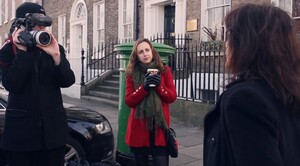 Part three of the controversial weekly web series about an irish blogger’s attempts to save the internet in Ireland.

For Your Consideration: James Moran