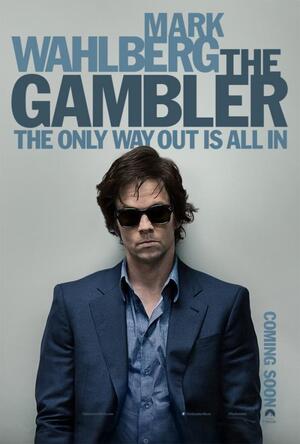 1. Mark Wahlberg is a college professor with a gambling problem. He borrows heavily from the mob  in an effort to win big.

2. The trailer is NSFW and full of fupps.

3. It’s a remake of the 1974 film of the same name starring James Caan. The original is pretty badass.

5. Wahlberg lost 27 kg to play the role. He also attended university lectures and read bukes  so he could understand all the literary references his character makes in the film.

6. This will always be Mark Wahlberg’s best work however. (Wahlberg does not like this clip at all)

7. The screenplay is by William Monahan who wrote the brilliant The Departed (2006).

8. It’s going on limited release before the Oscars deadline and then worldwide in the New Year. They reckon there’s a chance!

Broadsheet Prognosis: Double down on Goodman