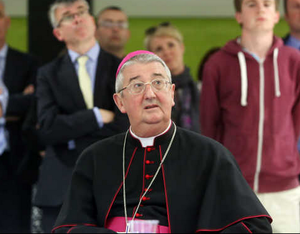 Priests should not baptise children whose parents are just trying to get them into better schools, the Archbishop of Dublin [Diarmuid Martin] has said.

…”It’s [just] not this baptismal certificate – it’s a religious … entry into the life of the church, and to baptise somebody for any other reasons is wrong.

“Parents, you know, shouldn’t be presenting children to be baptised in that way – but priests shouldn’t be doing it either.”

Archbishop: Priests should not baptise children just to help with admission to schools (Breakingnews.ie)

Educate And Party Together

79 thoughts on “Baptism Of Ire”