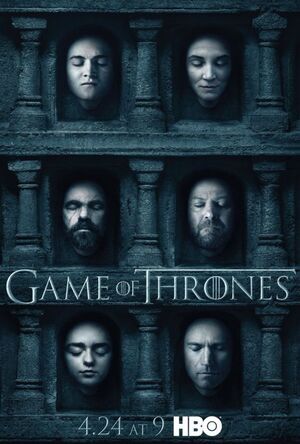 1. It’s the first season not based on George RR Martin’s books, so fans have no idea what will go down.

2. But Jon Snow (who knows nothing) is dead. Probably.

3. To be honest I could never get into Game of Thrones, so I have no idea what’s going on here.

4. I do know that it’s about Lannisters and Starks and dragons. And goblins, maybe?

5. And rape. Loads of rape. It’s not the sort of thing that the beardy pig-loving bloke off the Vodafone ad would stick on to woo his lady friend.

6. While I’m killing sacred cows… The Wire wasn’t all that either.

7. Broadsheet prognosis: Is it too late for a Leeroy Jenkins cameo?