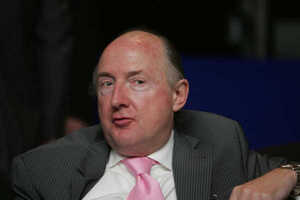 [Media analyst] Colum Kenny’s article “Paddy not getting full story due to media constraints” is most interesting. Is this Prof Colum Kenny of the Department of Communications at DCU quoting his colleague “Dr Roddy Flynn of DCU” in relation to media issues?

For clarity, I am a communications consultant to clients, including Denis O’Brien.

Mr O’Brien does not control Independent News & Media, nor is he a director.

Neither is he chairman of Communicorp, as incorrectly stated by Colum Kenny.

During my years in journalism, and since, I do not recall Colum ever getting exercised about media ownership when he was a very regular columnist at the Sunday Independent and at a time when INM’s share of the media market was considerably greater than it is today.

A pity Colum didn’t give Paddy the full story.

Ireland’s political parties have been urged by the National Union of Journalists to tackle the thorny issue of media ownership and control in the country.

The NUJ renewed a call for the establishment of a commission on the future of the media, arguing that cross-party co-operation should form part of the current negotiations on the formation of a new government….