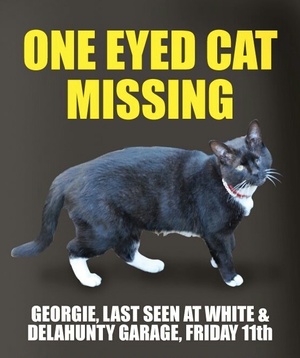 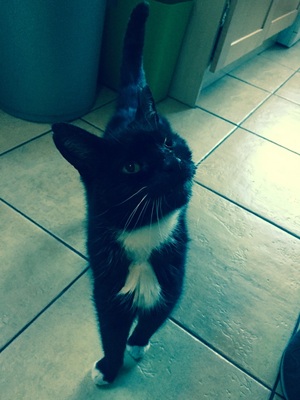 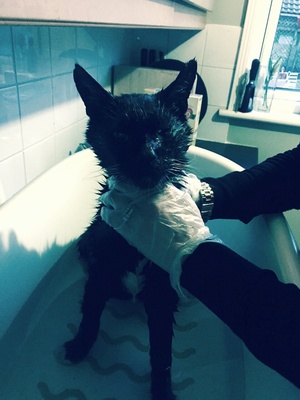 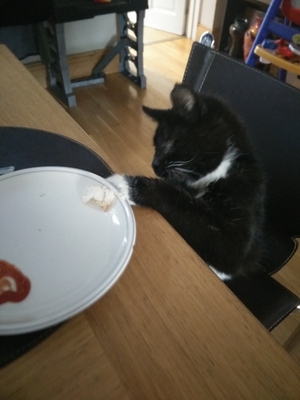 Georgie our one eyed cat went missing over FOUR years ago having climbed under a neighbour’s car bonnet to avoid a heavy rain shower.

The neighbour got into the car and travelled from East Wall [Dublin 3] to a garage in Sallynoggin [Co Dublin]. A car mechanic got a shock when he opened the bonnet and the cat fled.

We drove out to the area to search for him and put up posters. We gave him little chance as only having one eye was such a disadvantage.

Yesterday we received a call from the DSPCA Rathfarnham to say he was handed in. Shook, starving and quite unwell but still with the same old attitude.

Do You Know Vidal?

19 thoughts on “Never Give Up”