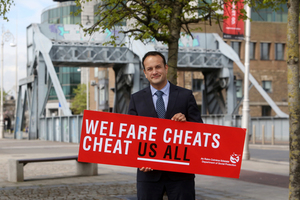 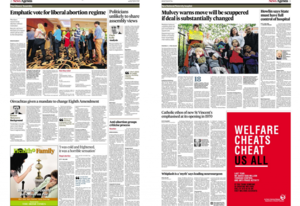 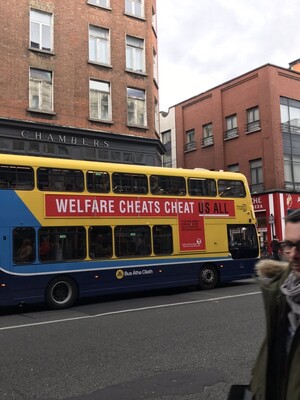 At the launch, he stated a range of anti-fraud and control measures in the Department of Social Protection saved taxpayers more than €500million in 2016.

Readers may wish to note a piece in yesterday’s Sunday Business Post by Sinn Féin TD Eoin O’Bróin in which he called Mr Varadkar’s figures into question.

[Varadkar] claimed that “anti-fraud and control measures” saved the taxpayer over €500 million in 2016. No detail justifying this figure was provided.

Requests to the Department of Social Protection press office for additional information didn’t help much.

… In 2013, the Comptroller and Auditor General annual report included a section on welfare overpayment debt.

The conclusion to be drawn from the figures is that the number of fraudulent claims is small and that overpayments due to errors by claimants or department staff are more significant.

The big question, of course, is how much this costs the taxpayer. Thankfully Varadkar’s parliamentary question replies are a lot clearer than his press releases.

So not only are errors more frequent than fraud in our social welfare system, they are also costing the taxpayer more.

What is not clear from the above data is where Varadkar is getting his information that €500 million was saved through anti-fraud measures in 2016. This figure is clearly not the amount of money saved by identifying overpayments. Nor does it bear any relation to actual incidents of fraud in 2016.

But who cares? It makes for a good headline when launching a campaign to tackle one of society’s big problems. 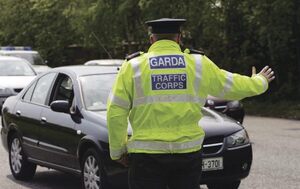 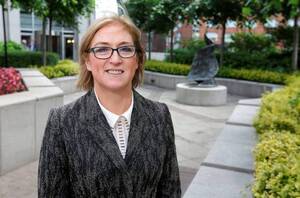 You might recall the near one million breath tests that An Garda Síochána recorded taking between November 1, 2011 and October 31, 2016… but didn’t.

Readers might wish to note, in June 2016, the Road Safety Authority (RSA) published a report, stating:

Moyagh Murdock, the Chief Executive Officer of the RSA, spoke to Ray D’Arcy on RTÉ Radio One about road safety and drink driving.

Ray D’Arcy: “Did you have suspicions [about the false figures]?”

Moyagh Murdock: “Well, I think we certainly were concerned that the number of traffic corps available to do these was significantly reduced. The Behaviours and Attitudes surveys tell us that people don’t expect to get stopped, there have been a significant number of months or even years since the last time they’d got stopped. So that would be very…”

D’Arcy: “How did you feel when you heard that?”

Murdock: “When I heard the number of one million? I was completely stunned I have to say…”

Murdock: “What was really worrying is many policy decisions are made on the basis of statistics that we’re given. So we came from a period of very safe roads. The numbers of people being killed on our roads were declining. Yet, we could probably say that the number of breath tests were going up so traffic corps are going to get de-prioritised and we saw the numbers go down. So, you know, publishing the wrong numbers influences the decision of where to send the actual resources where they’re needed and we’re now seeing an increase in the number of people being killed on our roads so these things…”

D’Arcy: “Are you making a direct connection between the two?”

Murdock: “Well, I think there has to be. You know. We look and see what the underlying reasons are for collisions out there, all of the time, foreseeing that people are being breath tested and there is only a small number that are failing. Well then obviously, you have to ask the question, it mustn’t be drink driving that’s killing these people. But..”

Murdock: “It is. We know that. And we know in Ireland, the most recent research we’ve done, up to 29% of drivers have alcohol in their system that was a contributory cause [in fatal accidents]. We look at our near neighbours, in the UK, and that level is at 14% so, you know, we have to close that gap.”

D’Arcy: “Somebody has come up with a figure that a fatal, somebody who dies on the road costs the State, or is it a fatal crash, costs the State €2.7million?“

D’Arcy: “How does that figure come about?” 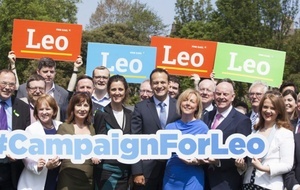 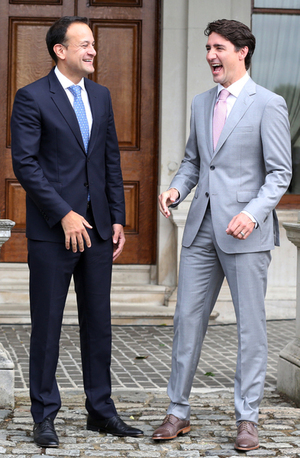 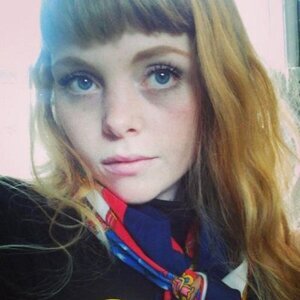 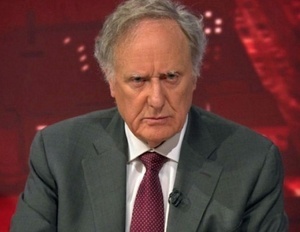 52 thoughts on “Populist Chancer Cheats Us All”