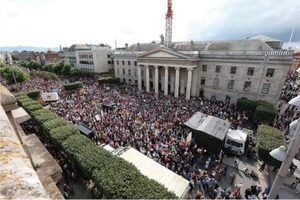 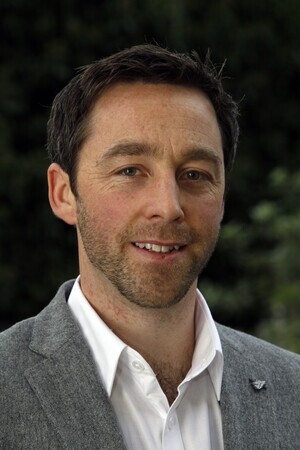 The focus in recent weeks on the Taoiseach’s self-imploding spin machine (from his spinning of yarns to impress Trump and the exposure of the Strategic Spin Unit) hasn’t been all bad news, however, for Varadkar and his band of merry Ministerels.

It has served to distract attention from the Government’s consistent failure to address the biggest crisis this country faces – the housing crisis – or as it should be called – the affordable homes emergency.

The latest reports show that rents and house prices continue to rise, making housing even more unaffordable for the average worker.

Tens of thousands of home owners in arrears still face repossession and eviction, and over 3,000 children and their families remain in homelessness emergency accommodation.

But the reality is that this crisis is likely to worsen further in the coming months and years.

There is no reason (aside from public and political concern) why the numbers of children and families in homelessness couldn’t rise from 3000 to reach 6,000 or 10,000 in the coming decade.

The authorities can keep building more ‘Family Hub’ emergency accommodation and ignore the evidence of the damage being done to children and families.

There is no reason why rents won’t keep rising faster than wages, that overcrowding won’t continue, and people will be stuck living at home with parents or in the private rental sector.

Just look at the US and the extent of housing inequality and suffering that is tolerated there.

That is the ‘dystopian’ housing system we are heading towards in Ireland. But it is not inevitable.

It depends on who wins the battle for housing that is underway at the moment. We are in the midst of a ‘moment of reckoning’ in the Irish housing system – a type of war –and the winners are determining its future for decades to come.

On the one hand, there are the current ‘winners’ – the vulture funds, the banks, the financial and property investors (investing on behalf of the global and Irish wealthy), Real Estate Investment Trusts, landlords, estate agents, and property developers.

And, within these, are many of our politicians (a quarter of the current cabinet are landlords) and media (who benefit from property advertisements).

This class, or even cabal, I call the property-finance complex – are in the process of converting more and more of our homes into commodities (investment assets to be profited from) through which renters and students can be exploited and mortgage holders fleeced.

The property-finance cabal has no interest in building affordable rental properties or homes for purchase. And they have government working on their behalf – implementing policies of tax breaks, selling off NAMA and bank assets, privatising public land and social housing facilitating a huge profit and wealth transfer to the property-finance cabal in order to ‘incentivise private sector ‘supply’ (and boost the profits of the banks).

The table below shows that in December 2017 property investors – (household buyers-non occupiers and non-household Buyers) – bought over a third (37%) of homes that month, 2,379 homes.

In contrast, first-time buyers bought much less – just a fifth (21%) of homes purchased – 1,358 homes. So the property-finance cabal are clearly winning, backed by current government policy. 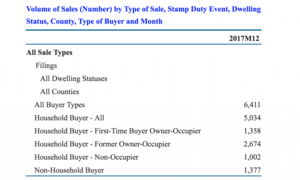 But, on the other side, there is a growing population of people losing out – and they range from our most vulnerable homeless families to average and professional workers, from guards and teachers to university academics who cannot afford to buy a home.

The extent of people affected by the housing crisis is reflected in the shift in attitudes amongst the Irish public towards housing.

Housing has moved from being a relatively marginal issue in public and political debate to becoming the issue of single most concern.

We can see the dramatic rise in importance of housing as an issue (as the crisis worsened) from the Eurobarometer November 2013 poll when just 4% cited it as the most important issue to November 2014 when it was cited by 13%. But then in November 2015 housing jumped to being the first issue of concern at 34% and in November 2016 it was again first with 42% citing it as most important. 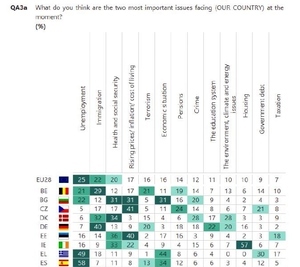 Alongside this, there has been a growing movement of citizen action (most notably the Apollo House occupation), civil society groups and political parties asserting that housing should be provided as a home – as a human right and that everyone should have access to affordable secure accommodation.

These have been putting forward alternative solutions such as setting up a new semi-state housing agency to build affordable ‘cost-rental’ housing for a mix of incomes, co-operative affordable purchase homes, putting in place tenant protections from eviction, funding local authorities to build social housing on a much greater scale, putting the right to housing in the constitution and new initiatives to support Housing Associations not vulture funds to buy the mortgages in arrears.

But many are asking why there hasn’t been more citizen action on housing – why have there not been housing protests like the water movement?

There are a myriad of explanatory factors, including the active undermining of society-wide solidarity on the issue by government and state agencies blaming the victims like the homeless and those in mortgage arrears.

It has been a real challenge to convince people why they should partake in such protests and public action and motivate them to get involved.

At the MyName protest concert we organised outside the Dail before Christmas, for example, there was a good turnout – possibly close to a thousand people there at one point. However, we thought there would be more there.

But there are also two other important interlinked explanations.

Firstly, the various housing action campaigns and NGOs and trade unions representing the diverse groups affected by housing exclusion have been ploughing their own furrows – doing great work – but not coming together to create a sufficient mass of united impact.

Secondly, and this is linked to that issue, is that many of those affected – from private rental tenants to those on housing waiting lists to aspirant home owners – have not been convinced that the campaigns and protests are relevant to them and can make a difference.

Next Saturday, April 7, in Dublin the National Homeless and Housing is organising a protest calling on the government to make housing a constitutional right, to end evictions, to build public housing and legislate for real security of tenure for tenants, amongst other issues.

The coalition is now one of the largest civic alliances created on the housing issue to date in Ireland involving trade unions, tenant’s groups, community groups, artists, musicians, NGOs, charities and political parties.

This is an important attempt to bring together the diverse groups affected by the crisis.

There are many reasons why it is worthwhile attending housing protests such as the one on April 7.

Firstly, if you want to ensure everyone has access to an affordable and secure home then you are going to have support public action to make that happen. The Government has shown that it is not going to do it willingly.

But, as with water, or medical cards, and many other issues – the evidence shows that public protest and a public outcry on an issue can change government policy. But it has to be big enough that politicians can’t ignore it.

So each additional person that is there on April 7 will make it more likely that it is a big enough protest to have an impact on politicians.

Politicians don’t like negative publicity and people pointing out what they are doing wrong.

They prefer citizens to be passive and to leave their democratic ‘involvement’ to voting every four or five years. Large protests shatter the cosy consensus that government decision makers have an inalienable legitimacy to govern.

Large protests also challenge societal tolerance of the present crisis. They challenge the idea that the crisis is acceptable and it is the only possibility.

Public action disrupts this fallacy and points to alternative solutions and pathways. Importantly, it raises the aspiration and expectations of people affected to not have to just accept their current difficult housing circumstances.

Being part of the protest is a way to shatter the silence around housing victims who are being stigmatised and attacked on a constant basis by politicians, on social media and elsewhere. This is probably the essential reason to join the protest on April 7.

Joining the public protest is an act of true citizenship – an act of solidarity with your fellow country people who are really suffering.

Homeless families I have worked with have told me how their children have asked them ‘how can we be left like this without a home’.

Thousands marching through Dublin calling for action on this affordable homes emergency and demanding the right to a home for everyone, will show these children that there are people – genuine citizens – who care and are not going to tolerate this crisis continuing.