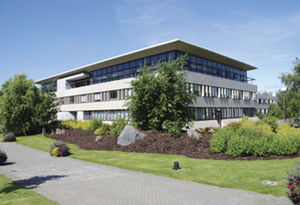 Gardaí were called to the scene after midday, where the man’s remains were located in an area covered with shrubbery a short distance from the main Galway City Council building.

It is understood the man was homeless and originally from the Galway area.

His body has been taken to University Hospital Galway, where a postmortem examination will be carried out.

Setting Up Funderland In Galway

The City Of Tribes 4 thoughts on “In Galway”