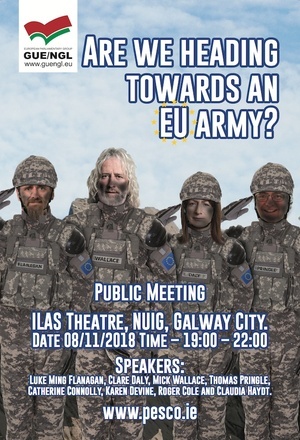 A public meeting entitled ‘Are We Heading Towards an EU Army?’ will be held in the ILAS Theatre in Galway on at 7pm.

During the Presidential campaign, Michael D Higgins said he was worried about Irish neutrality and that the government had a duty to explain why it made the decision to sign up to PESCO.