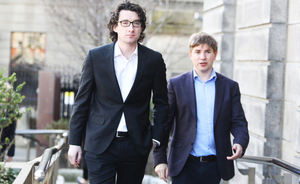 ‘Lawyers Said “Not To Go Near Him”‘