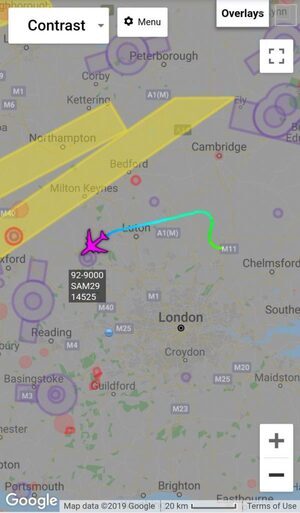 Picked an interesting day to fly through Stansted. #AirForceOne pic.twitter.com/u3RfHstElY

The advanced party has arrived in #ShannonAirport ahead of President Donald Trump’s visit later, on the Boeing 747 VC-25A. The aircraft is emblazoned with the words “United States of America,” the American flag, & Seal of the President of the United States. #TrumpShannonVisit pic.twitter.com/3OusA33uhJ

AIR FORCE ONE diverts to Iran due to nuisance at Shannon Airport, Ireland. pic.twitter.com/NoqmEEGOky 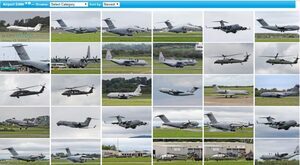 Photos taken at Shannon in the past few days. RTE predict Trump will land at four.