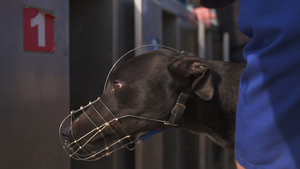 It stated that 16,000 greyhounds are born each year, of which 5,987 are killed because they fail to make qualification times or their performance declines.

It proposed comprehensive reforms which were not adopted by the IGB.

Across the country RTÉ Investigates looked for evidence of what happened the unwanted dogs.

30 licensed knackeries in Ireland were contacted and – half of them, 15, said they would kill greyhounds for prices ranging from €10 to €35 each….

RTÉ Investigates – Greyhounds, Running for Their Lives at 9.35pm on RTÉ One.

One Of Their Own