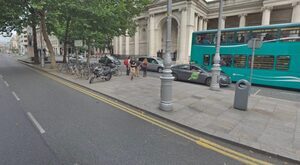 Cycling activists will hold their “final action of the week” after staging die-ins earlier this week and giving the Minister for Transport Shane Ross 40 roses yesterday to symbolise the 40 cyclists who have died on Irish roads during the tenure of the past three ministers — Leo Varadkar, Paschal Donohoe and Mr Ross. 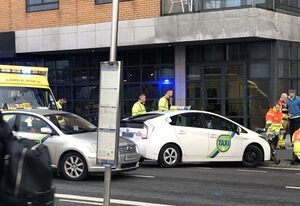 And as if we didn’t need more reason for this and other protests… this was the scene outside the Spencer Hotel at 8am this morning. Cyclist hit by a taxi. 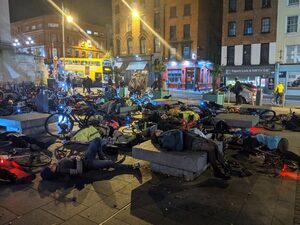 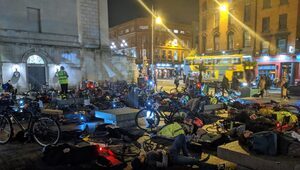 At the ‘die-in’ next to Dublin City Hall on Dame Street.

Via I BIKE Dublin

Spoke In Their Wheel