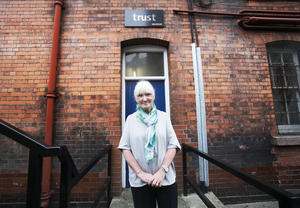 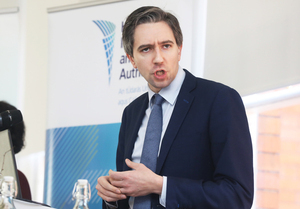 The court heard that the man had filthy feet and a rare nail disease not seen in decades, while a doctor told the court that he was told prison wardens had a policy not to invade a prisoner’s personal space.

Alice Leahy, of the homeless charity Alice Leahy Trust, spoke to Seán O’Rourke on RTÉ Radio One about the case.

Ms Leahy said “common sense” needed to be applied and asked “how could any human being look at a fellow human being in 2019, living in those conditions, and it costing enormous expense, and I know the prisons well, I’ve been in all the prisons…”.

She added that she recently took a photograph of the feet of a man known to the Alice Leahy Trust.

Showing Mr O’Rourke the photograph, she told him:

“This man was staying in supported accommodation run by homeless services, costing a fortune yet nobody felt they could do the man’s toenails or have them seen to.

“And he was hobbling around on a broken down wheelchair so where, what has gone wrong with the services?

Asked if one can be forced to have a bath or shower, or to agree to have their feet washed and toenails cut, Ms Leahy said:

“It’s about building up a relationship with that person.

“And the man we’re referring to here today, who was in prison for a year, surely there must have been somebody there who could build up a relationship with that man and encourage him and help him.

“He shouldn’t be living in those conditions.”

Speaking about the struggles that services are facing, she added:

“I did ask the Minister for Health [Simon Harris] during the summer, I met him at something, could I sit down with him for a cup of coffee to discuss precisely this kind of thing.

“And then I rang up his constituency office, I do know he’s a hard-working minister and I won’t get into knocking somebody but I asked to meet him for a cup of coffee to discuss exactly the point I’m discussing here.”

Did We Really Lock Up Our Homeless For The Royal Visit?