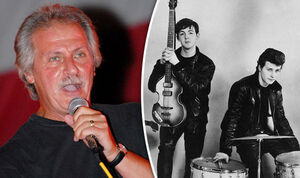 A former Ireland captain who has swapped his football boots for virtual ones, and is making waves as one of the best FIFA videogame players in the world, will be joining Ryan for a chat.

Alan Sugar won’t be mincing his words when it comes to his feelings on Jeremy Corbyn, and will discuss the calibre of aspiring Irish entrepreneurs he’s on the lookout for ahead of the next series of The Apprentice.

Pete Best, former drummer for The Beatles, will be in studio to discuss his early days as part of the group that went on to be the biggest band in the world…

When she appeared on The Late Late Show two weeks ago, Kathleen Keyes appealed to people all over Ireland to sign up for organ donation.Tomorrow we will meet some of the people who have benefited from the courageous decision to donate.

Limerick’s Hermitage Green will also be among the musical performances tomorrow evening.

1 thought on “Staying In Tomorrow?”