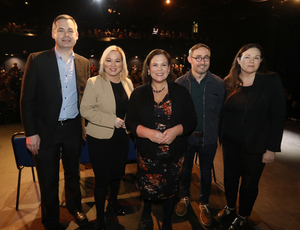 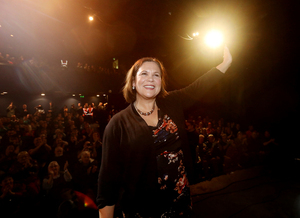 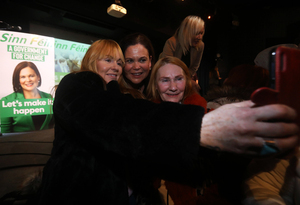 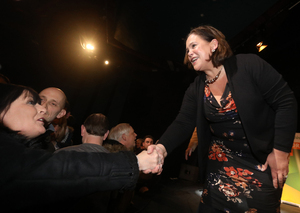 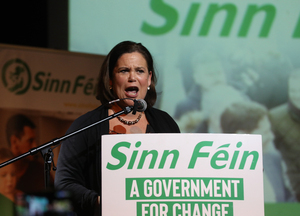 What a welcome for @MaryLouMcDonald, @moneillsf, and our team! A Government for Change that delivers for ordinary workers and families is possible pic.twitter.com/nFTmKhTRUf

So disappointed we didn’t get into the Sinn Féin meeting this evening at Liberty Hall 😥
Packed to the rafters at 7:15! But the brilliant Pearse Doherty came out for a few words….powerful as ever! Worth the freeze
😍😍😍#SinnFéin #PearseDoherty 🇮🇪#TruePatriot pic.twitter.com/Eueqo7JAF6

This is how they finish a Sinn Féin rally pic.twitter.com/8aWvhBBP29

Not sure there were many undecideds there but I don’t think any other party could generate such interest/excitement.

Also worth noting that when given an open goal from one audience member to attack the media no Sinn Féin rep on stage did so.

At Liberty Hall in Dublin 1.