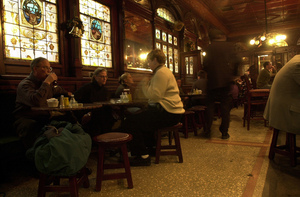 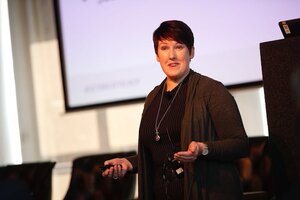 Tara Kerry, registrar and Accommodation Manager at Fáilte Ireland, spoke on RTÉ Radio One to Claire Byrne about the new pub guidelines.

Ms Kerry was as clear as a freshly poured stout.

Claire Byrne: “Where does Failte Ireland stand on this notion, if you go to a pub, you have to spend €9 on a meal?”

Tara Kerry: “Well there’s an interesting story behind that. The €9 meal, just to give you a bit of context on it. The value of a meal as set out by ministerial order, under Section 9 of the Intoxication Liquor Act 1962. But in 1979, this is where it gets interesting, in the act was amended to reflect the rate of two punts, two pounds in the day, which was seen as an appropriate charge for a substantial meal.

“Now, in 2003, the then Minister for Justice Michael McDowell updated the act under statutory instrument to reflect the equivalent value of the day in 2003 of €9. Now that €9 still stands under the act today. So €9 is what is in the act so €9 is what actually going to be required for a substantial meal.”

Byrne: “So what if you go into a smaller pub and they’re serving soup and sandwiches? And it’s €9?”

Kerry: “Well, if you look, a lot of bars, it would cost, in or around the €9 but again, we have to follow the law of the land on this. And €9 is the price. So they might end up having a cup of coffee with their meal aswell to make it the €9-plus.”

Byrne: “OK. And who will be responsible for policing that?”

Kerry: “Again, that is one of the other areas that we are seeking clarity on...But can I say to you, though, one of the things is, and having a wide experience of the industry myself, I’ve grown up in the industry and worked in it for most of my life. I firmly believe that business owners who have the best interest of both their customers and employees at heart, will actually self-police this themselves.”

Byrne: “Because there was a suggestion this morning that you might have a group that would spend 90 minutes in one establishment, somebody buys a meal for €9 and then they pop along to the next one and somebody else buys a meal for €9, ensuring that they have a good, long chunk of drinking time.”

Kerry: “Well I think that the public now, on the back of where we have been for the last 13 weeks, will actually, there’s obviously going to be exceptions to the rule but I do think that people will honour what is actually in place and the importance of allowing businesses to reopen.

“Because these food operations have been closed for a substantial period of time and now to have the opportunity to reopen is fantastic. It’s great for employment, it’s great from a Revenue perspective. And I think that both owners and customers will be compliant.”

Byrne: “Will that €9 meal requirement be removed for pubs after the 20th of July?”

Byrne: “So all pubs will be allowed open after the 20th of July?”

Kerry: “Well it’s based on the current advice that we have as yet. Unless something changes on the government’s roadmap to reopening.”

Byrne: “And what about contact-tracing measures then. What actions will pubs have to take to ensure that they’re ready for contact-tracing, should they need to do it?”

Kerry: “Another area that we are actually seeking clarity on because obviously there are GDPR issues related to it. So we just want to find the best method for that. Because obviously public health has to be taken into account.

“And the pre-booking element, if that is to be taken up by businesses, will assist in that because if you were to get, and this is our suggestion, if you were to take just the lead booking of a group, rather than each indivduals, we also seek clarity on how long that information will have to be retained for.”

Byrne: “There’s a real concern amongst some business owners that they’re just going to miss out on so much passing trade because of that pre-booking requirement.”

Kerry: “Well the thing about this is, if you read through the document, basically it’s stating that you can still take walk-ins but you would have to retain the two-metre distancing. The pre-booking is one of the caveats for the one-metre distancing.”

Byrne: “OK, so if you are operating with one metre, you will have to take pre-booking.”

Byrne: “OK. Even if it’s two minutes before they sit down?”

Kerry: “Again that would be down to each operating business and how they actually operate their booking systems.”

46 thoughts on “Stagger Your Boozing”