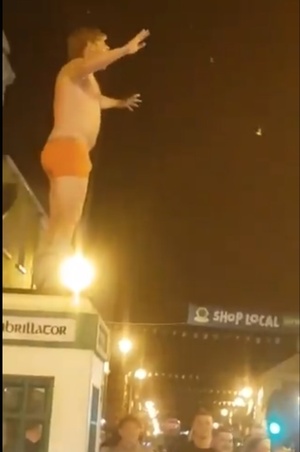 Independent Kerry TD Michael Healy-Rae said the scenes in Kerry over the weekend would not have happened if all pubs were open.

“That is why I would use that scene in Killarney on Saturday night as an argument in persuading Government to allow all public houses to open. Because if our public houses are open, people will get alcohol in a measured and principled way, by responsible people who go before our courts every 12 months and who run what I call respectable public houses.”

He said he was “advocating that all pubs should be open, not just ones who serve food”.

Michael Healy-Rae: Killarney scenes would not have happened if pubs were open (Irish Times)