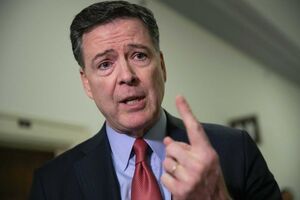 James Comey,former director of the FBI, will be speaking to Ryan about the impact President Biden can make, and what he thinks the future holds for the USA and for former President Donald Trump.

With the 40th anniversary of the Stardust Tragedy taking place next month on Valentine’s Day, Ryan will speak to author Lisa Lawlor, who lost both of her parents in the fire that claimed 48 lives, leaving her orphaned at just 17 months old. Lisa’s novel, Stardust Baby, was released this week.

Ryan will also be joined by Jeni Pim, wife of Nigel Pim who passed away on January 14th from COVID-19 at the age of 50.