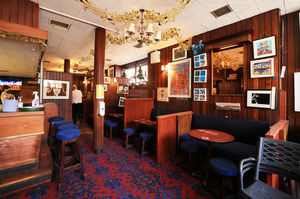 The Government is ‘aiming’ to have legislation which will stop unvaccinated people from eating and drinking inside bars and restaurants ‘passed by the Dáil and Seanad before the end of the week’.

After the bill, which amends the 1947 Public Health Act, passes in the Seanad, most likely on Friday night, it will go the President to be signed.

Once the bill is signed by President Michael D Higgins, the new system will come into operation.

It is expected the President could sign the legislation sometime during the week beginning Monday, 19 July and before Friday, 23 July.

However, the President can consult with the Council of State and ultimately refer a bill to the Supreme Court if he feels it conflicts with the Constitution.

Cabinet to sign off on plans for reopening indoor hospitality (RTÉ)

It becomes clearer that this is a coercive rather than protective measure. It also becomes more arbitrary in its discrimination. https://t.co/nTSnsldP3H 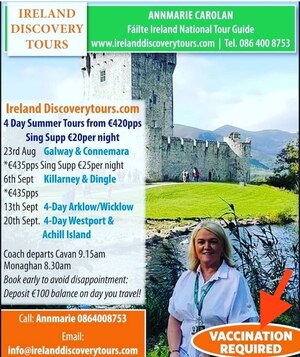 @irelanddiscoverytours have removed the post & will not be asking people for private medical information.

Many businesses are worried and need education that this is not the right way to go about your business as it will cause more damage and loss to your business than good. pic.twitter.com/iNzh3X2f5p

Divide Is The Rule

Ruining It For Everyone

Dying On The Vine

34 thoughts on “A Public House Divided Against Itself”