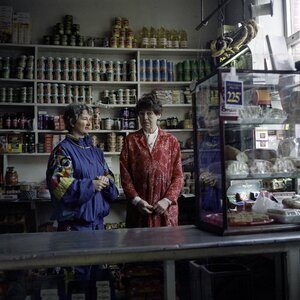 TJ Downing’s shop on Benburb Street, 1992, #Dublin from my 10 year series #DublinBeforetheTiger Reflect for a moment on what we have lost. 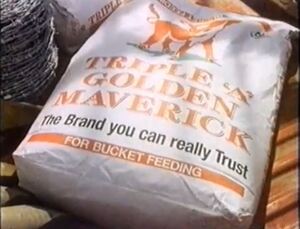 And so I watched you buy cattle feed from afar. 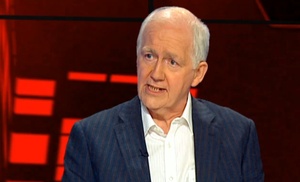 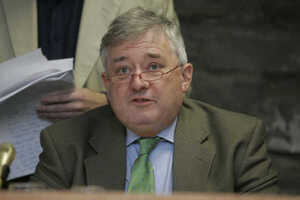 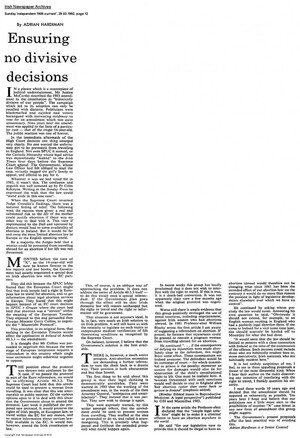 From March 1992, a piece written by Adrian Hardiman SC (Supreme Court Judge since 2000) in the Sunday Independent on the X case and Pro Life Campaign legal advisor William Binchy.

Anti-abortion extremists are demanding a further referendum to turn the clock back in a drastic way. Their position is both obscurantist and less than honest.

The first thing to be said about this group is that their legal thinking is demonstrably unreliable. They were warned in 1983 that the wording of the amendment was, in the words of the then Attorney General, “ambiguous and unsatisfactory”. They insisted that it was perfect. They now wish to change it again.

They were expressly warned, by this writer amongst others, that the amendment could be used to prevent women from travelling. They scoffed at the idea or pretended to do so, and called it scaremongering. This is precisely what happened and (without the amended protocol) what could happen again.

In recent weeks this group has loudly proclaimed that it does not wish to interfere with the right to travel. If this is true, it is a death-bed conversion. It was not apparently their view a few months ago when the original protocol was negotiated.

Worse still there is ample evidence that this group positively envisaged the use of penal sanctions, including imprisonment, against Irish women who had abortions abroad. In 1981 Professor-elect William Binchy wrote the first article I am aware of suggesting a referendum on abortion. If passed, he foresaw that injunctions could be granted to restrain a pregnant woman from travelling abroad for an abortion.

He continued “. . . if the consequences of defying an injunction were made absolutely clear to the defendant, this might (have some effect. These consequences are indeed awesome. The defendant would be in contempt of court — for which commital to prison is the penalty: moreover an action for damages would also lie for ‘destruction of the child’s constitutional right to life: One must be realistic here. A woman threatened with such sanctions (could well decide to stay in England after her abortion rather than come back to prison in Ireland’ (emphasis added). (Binchy: Ethical issues in Reproductive Medicine: A legal perspective”) published by Gill and Macmillan 1982.

In the same article the Professor-elect declared that-the “simple legal solution” might be to make it a criminal offence to have an abortion anywhere in the world.

He said “for our legislation now to provide that it should be illegal to have an abortion abroad would therefore not be changing what since 1861 has been the intended effect of our abortion law: on the contrary it would do no more than restore the position in light of legislative developments elsewhere over which we have no control”.

He continued by asking whom precisely the law would cover. Answering his own question he said, “Obviously it should not extend, for, example, to an English woman residing in England who had a perfectly legal abortion there. If she came to Ireland for a visit some time later, she should scarcely be hauled off to Mountjoy for what she had done.

Previously: And So It Came To Pass

“Our Values Are Considerably More Subtle Than You Might Think.”

He Hasn’t Changed A Day 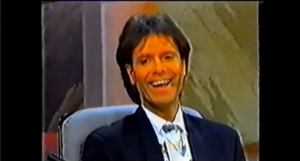 From 1992, an appearance on the Late Late Show where Cliff Richard was joined by the previous guest, comedian Ben Elton.

Gay Byrne: “How do you respond to the old cliché, Cliff, you’re too good to be true?”

Cliff Richard: “Well I suppose what can you do about truths?”

Byrne: “You really are asking for it, aren’t you?”

Richard: “You’ve brought out the absolute worst in me. I’ve said, I’ve spent since 26 years ago, I became a Christian so my lifestyle took on a whole new look and feel for me which I really enjoy. And ah I feel it’s the right thing for me to do. And I’ve spent nearly all that time saying to people ‘You can’t..’. The media do want to put us into bags. They want to compartmentalize us and say well he’s the goody two-shoes. And for a little while it was Bob Geldof and I had the weight taken off my shoulders for a little while you know. He was Saint Bob for a while.”

Ben Elton: “But he kept swearing and that was the end of that. You’ve got to do that. Swear more.”

Richard: “But I’ve been saying to people it’s crazy if people actually believe that people like myself are too good to be true, then they just don’t understand human nature at all. Nobody is perfect. Nobody. All I want to do is show my best side rather than my worst. There is a side of me that I don’t like and I try to what’s the word sub..what’s it?”

Richard: “And obviously I succeed. So it’s a side of me I don’t want to share necessarily. And I guess a lot of people just don’t understand it. And so I get labelled ‘the goody two-shoes’. And it just means that I don’t cuss and swear at people or perhaps it means that I’m just nice with people and they consider that… What I don’t understand is though that is a kind of reversal of things isn’t it? So that nowadays people like myself it’s a derogatory term ‘Ugh the goody two-shoes’. In other words, trying to be right and good is becoming a thing that you deride.” 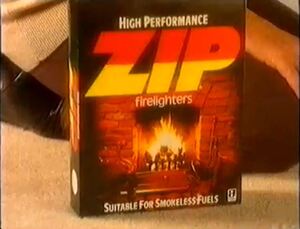 Nobody puts Mammy Maguire in the corner. 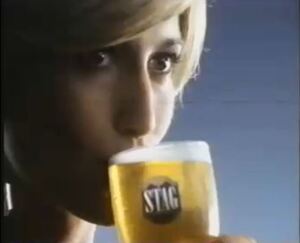 A doomed bid to take the sickly-sweet ‘Wesley Juice’ upmarket.