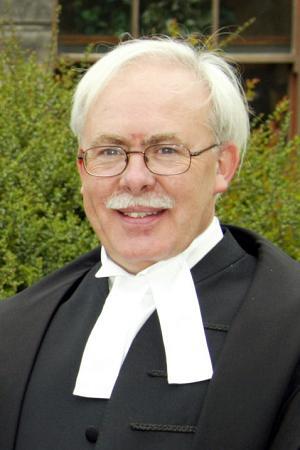 [Tallaght District Court] Judge Halpin told Sergeant Bernard Jones: “Maybe we should consider introducing a light between amber and a red. Could you convey this to the authorities. The amber light isn’t working. When people see it, they speed up. We will cut out all traffic accidents.” 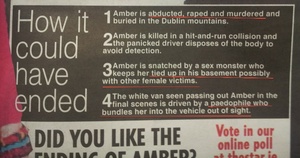 A disturbing discussion on the possible alternate endings to Amber [on page 9 of today’s Irish Star], speculating on whether she could be raped, murdered or held in a dungeon. 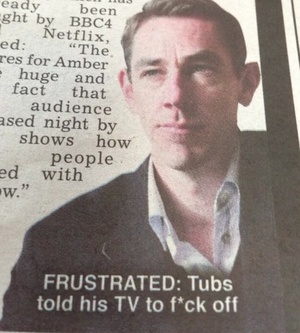 If it’s not Charlie (Dan Li) from ‘Amber’ shilling Whoppers.

Did you see where Charlie was deported to?… Burger King!
Deported to the UK, in our common travel area…

Every cloud has a silver limousin…

They’re Calling It A ‘Hacklash’ 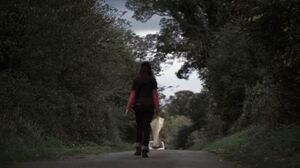 Got to get an early night – up for @RTE @MorningEdition to talk @DramaAmber finale! It’s going to be controversial… #amber

One of the show’s producers (Paul Duane, above) tweeted this last night.

Was it four hours of suspense-filled TV for this? 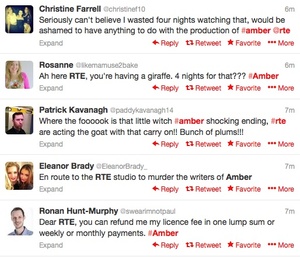 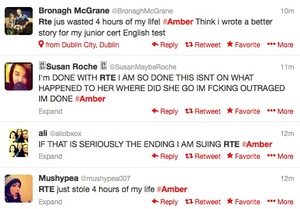 Previously: They’re Calling It A ‘Hacklash’ 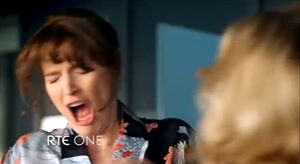 They should abduct all the journalists and let Amber go. #amber

All journalists are mean & nasty the end. #Amber

I think I just heard a journalist-type in #Amber ask an editor-type if she can have “an advance” for the story she is working on. Hilarious!

Some disquiet on the tweet machine with regard to the depiction of Maeve the journalist (Justine Mitchell) in the rather excellent ‘Amber’ currently showing on RTÉ One.

Some clatter, in fairness.