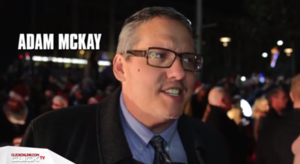 “I’ve been kind of fishing around for answers as to why Ireland liked it [the first Anchorman movie] – You know, any time you talk about a people that have been lied to a bunch of times – I think they have a pretty good nose for BS – and you know Burgundy is clearly a guy who speaks a constant run of BS.”

Adam McKay outside the Savoy cinema, O’Connell Street, Dublin last night, speaking to Click Online. alongside stars of the movie, released on December 18. 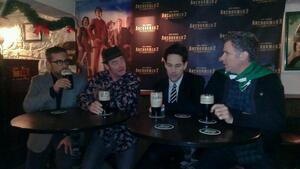 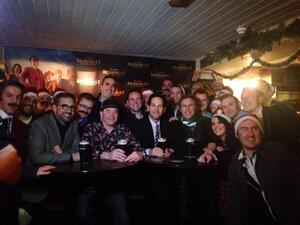 Anchorman 2 stars (L-R) Steve Carell, David Koechner, Paul Rudd and Will Ferrell joined by a cast of dozens in Toners Pub, Baggott Street, Dublin earlier ahead of the movie’s Irish premiere this evening in the Savoy, O’Connell Street..

Via Darragh Doyle and Paramount Pictures. 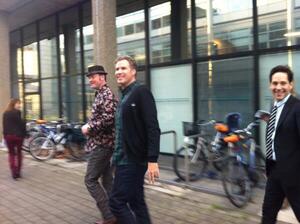 David Koechner, Will Ferrell and Paul Rudd at the RTE studios, Montrose, Donnybrook, Dublin this afternoon. 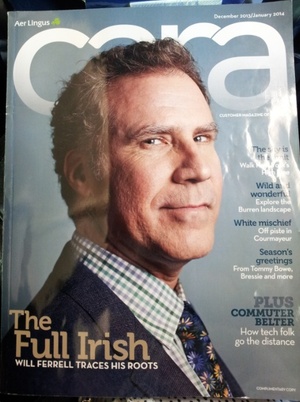 There is no escape. [Aer Lingus’  inflight magazine] Cara magazine on a flight this morning… 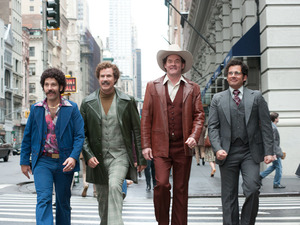 Unable to get tickets to the Anchorman 2 premiere tonight?

Fear not. You can enjoy the experience from the comfort of your own home.

Aertv and Paramount Pictures are live streaming the event from the Savoy cinema starting from 6pm.

Will Ferrell, Paul Rudd, Steve Carell, David Koechner and director Adam McKay will be in attendance.

Brick killed a guy with a Bodhran. 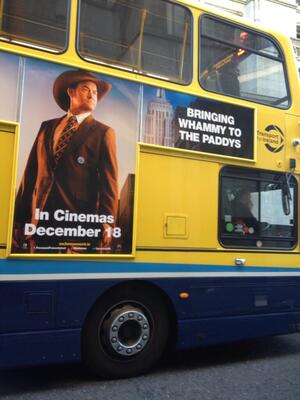 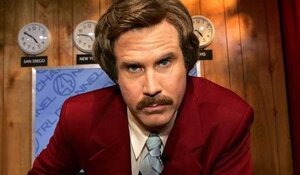 In case you haven’t seen it already.

BREAKING NEWS! @RonBurgundy & the GNN team are coming to the Irish premiere of Anchorman 2:The Legend Continues on Dec 9th #StayClassyDublin 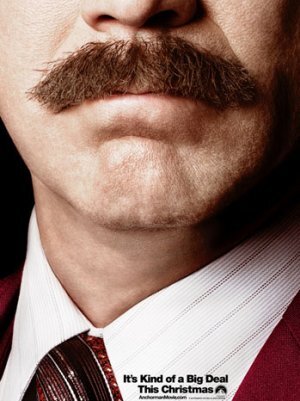 In a good way.