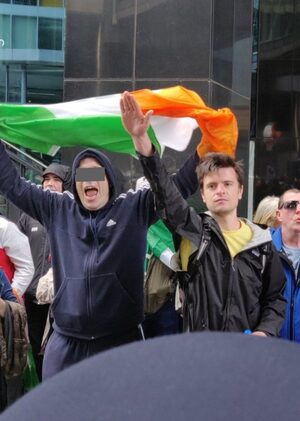 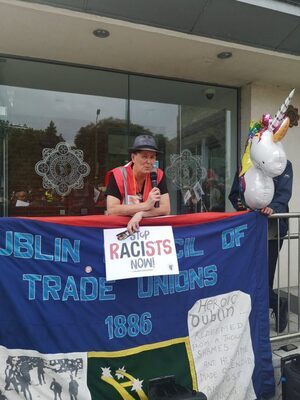 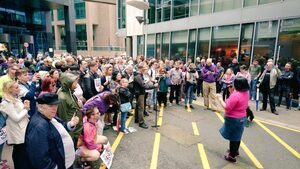 Supporters of Dublin Says No To Hate – including Izzy Kamikaze (top) – gathered outside Irishtown Garda Station on Irishtown Road in Dublin 4 to protest “the gardai’s inaction” toward what organisers allege as “the ongoing open incitement to hatred taking place on the streets of Dublin”.

This group – including Green Party councillor Hazel Chu (second pic, addressing those gathered) – then walked to the headquarters of Google on Barrow Street, Grand Canal Dock, Dublin 2 – where a separate protest was being held.

Daily protests led by Anti Corruption Ireland founder Gemma O’Doherty, who was de-platformed by Google-owned YouTube, have been taking place outside the tech giant’s Dublin HQ for the past number of weeks.

Dublin Says No To Hate regard Anti-Corruption Ireland as ‘anti-immigrant’ (a charge ACI deny) are seeking YOUTUBE and other tech giants to deplatform and censor those they consider to be ‘far right’. 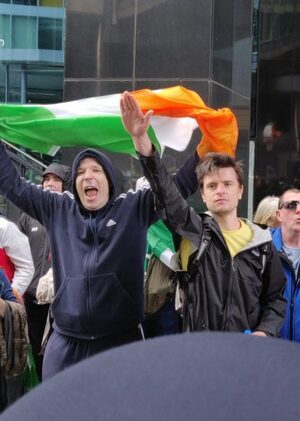 Video footage from the anti-protest protest outside Google’s HQ, taken by Mark Malone, shows a man seemingly make a Nazi salute during the protests.

Here's a long thread of photos and video of this guy through out the fascist demonstration proving he clearly knew others there and was there from at least 5 minutes beforehand to the very end https://t.co/QASVYMylNL

Furthermore, G O'D are accusing this guy of also being in on the antifa plant stunt. People should try and identify him too, cos he may be eager to clear his name and say he has nothing to do with any of this and is being unfairly accused. He certainly doesn't look like a Gembot. pic.twitter.com/UGAJfDHFnB 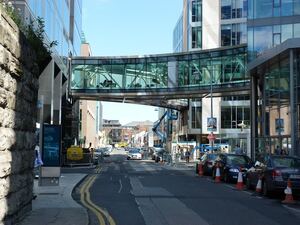 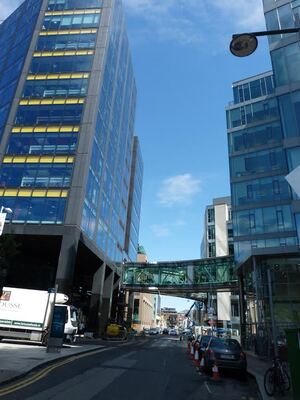 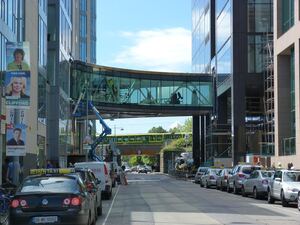 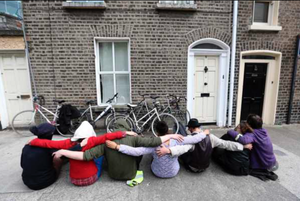