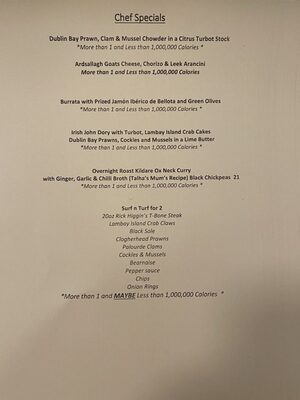 Further to Government proposals which call for the mandatory addition of calories on menus for all restaurants, pubs, catering establishments and eateries…

“So we’ve changed our minds after a think and have added calorie counts on today’s specials to avoid any fines or punishments.”

Yesterday: The Menu Is The Meal 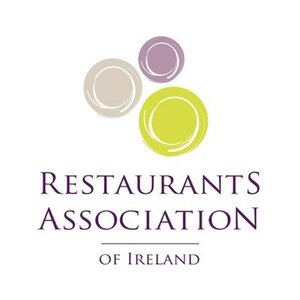 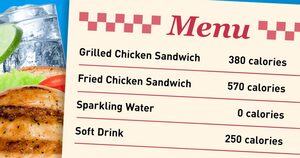 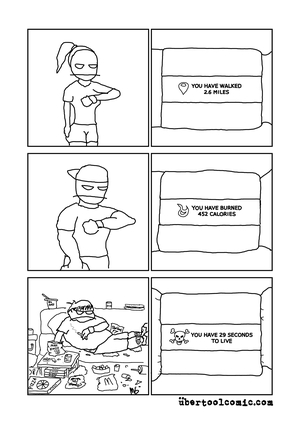 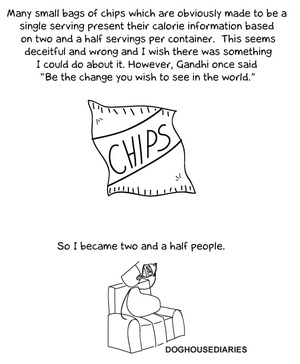 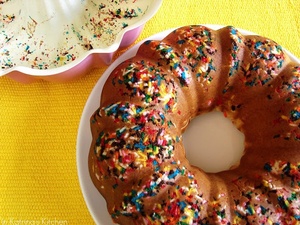 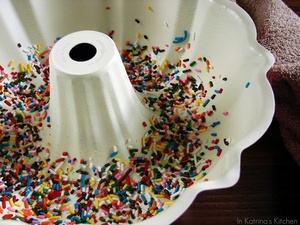 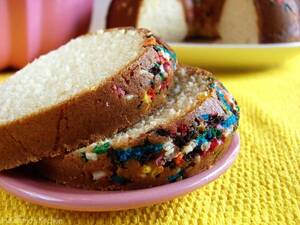 3. In the bowl of your mixer combine ice cream with flour until the flour is incorporated.

4. Evenly distribute sprinkles in the bottom of a greased Bundt pan and scoop batter evenly on top.

5. Bake for 35 minutes until a toothpick inserted comes out clean.

6. Invert and allow to cool complOMNOMNOMNOM.