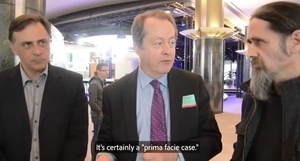 Ed Honohan, Master of the high court, visited me today in the European Parliament to talk about vulture funds and building a case with DG competition on how these funds have an unfair competitive advantage on others. pic.twitter.com/FkehgeUk3S 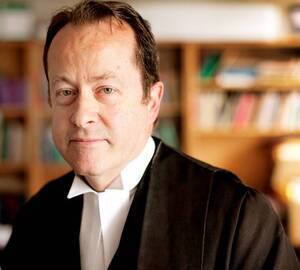 A petition launched during the weekend calling for the reinstatement of the Master of the High Court Ed Honohan to overseeing debt cases.

Last Thursday, Mr Honohan was informed by a journalist that President of the High Court Peter Kelly had removed debt cases from the Master’s list.

We The People, hereby petition the Irish High Court, to reverse any decision to remove debt related cases, from the Master Of The High Court, Edmund Honohan.

We respectfully remind Our Court, of its obligations to uphold the Irish Constitution; giving particular mention to fundamental rights therein. Our country has a worsening housing and homelessness crisis, and citizens being subjected to home evictions are now neglected by our elected representatives. Civil rights must be given precedence, as per Constitutional, Statute and ECHR Laws.

Social Housing must be provided. And all homeless children and their families made safe and secure without delay. Additionally our ‘not for profit’ Irish Housing organisations can be facilitated as rental agents, in preference to International Vulture fund home purchases; which should be blocked indefinitely.

We believe that Edmund Honohan acts stoically, in the interests of the Irish people, justice and good law.

His proposed ‘Housing and Fair Mortgage Bill‘ gives merit to our argument, and to his dedication and acumen, in all related regards.

With a tsunami of homelessness in the pipeline, and no Governmental solutions put forward, the proposed removal of Edmund Honohan from debt cases, would be disrespectful to due process for the better good.

We call on The High Court, to pay heed to our collective; as proud citizens of an independent Republic. This petition will be followed up by a hand delivered letter from the Irish people.

Petition to Irish High Court for Edmund Honohan to continue his arbitration of debt cases (Change.org) 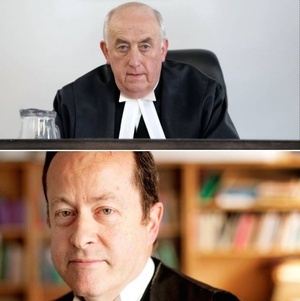 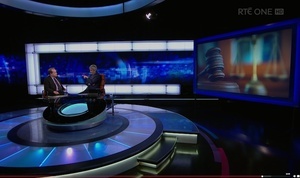 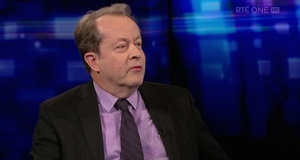 At the end of RTÉ One’s Prime Time.

It followed the decision of the President of the High Court Peter Kelly to remove all debt cases from Mr Honohan.

David McCullagh: “When did you hear about this decision?”

Edmund Honohan: “A reporter rang me. I haven’t officially been told anything by anybody. Nobody has contacted me officially from the president’s office or any other official source.”

McCullagh: “There is a statement up on the website I suppose but you haven’t been directly approached.”

Honohan: “I haven’t been approached. I haven’t had any explanation offered to me.”

McCullagh: “Ok. How do you think you’ve performed in handling these particular cases?”

McCullagh: “Well, you would say that I suppose wouldn’t you?”

Honohan: “Yeah. Well, I’ve been there now for in excess of 15 years. I think you have to go back a little bit. A previous master, Patrick Lindsay, Paddy Lindsay, a Fine Gael TD and Minister at the time, he wrote in his autobiography, I brought it in for you here and it’s quite interesting. He said, when I took up the position, he says,

‘Any day that I worked after lunchtime as a Master [of the High Court] was rare,’ he said. ‘I go through things fast, I attributed the speed with which I was able to turn over an awful lot of work to the honesty and integrity of people appearing before me. There were very few people, I can think of only one, whose word I could not take. And generally, if asked, ‘are your proofs in order?’, or ‘are your papers in order?’ and the answer was yes, then you knew, you could believe what you were told.’

“In other words, he wasn’t reading the papers. Now, I read the papers and I find a surprising number of errors. And my function is to arrange those papers so that they’re in order for a fair hearing downstairs [before the High Court]. And if I find a mistake, I can invite the plaintiff to correct the mistake and if he declines to correct the mistake, then the papers are not in order, and I strike out the summons. Now this may be a source of difficulty, there’s no difficulty about it because that decision can be appealed.

“The real problem seems to be that there’s a perception that if I strike out the summons, that I’m acting in some kind of quasi-judicial manner, I’m not. I’m pointing out that there’s an error in the paperwork, it’s not ready to go on. And I have a duty, under the 2003 Act, to ensure that the hearing which transpires later on, downstairs is a fair hearing for both sides.”

McCullagh: “Now, just because people might not be that familiar with the legal system. You’re not a judge. It’s a quasi-judicial function. But it’s an administrative thing, to make sure that all the ducks are lined up in a row.”

Honohan: “That’s it yes. You’d often have very, very silly mistakes like affidavits of service not being before the court or affidavits which don’t state the means of knowledge of the deponent. But it’s becoming more and more difficult actually, in relation to the probative value of evidence.

We have Supreme Court decisions now which are of great assistance to the courts which are not actually being read by the practitioners. And they’re not actually being filtered through to the High Court so if I pick up a case and I find there’s a mistake, which causes me to draw attention of the practitioners to the new decisions that are coming forward from the Supreme Court – I point this out. And boy there are plaintiffs who do not like it.

They’re the plaintiffs who are churning out papers on a factory basis and if I say ‘oh, I’m sorry, but I’m going to have to adjourn this, they’ll say ‘why?’. Then I’ll say, ‘I’m going to strike out the motion because the papers are not in order’, they’ll say ‘we’ll appeal that’. This is not a difficulty, it is in fact the way the job should be done. Because the papers should be in order.

Otherwise you do not have the opportunity for both sides to effectively participate.

Now I’m dealing with a lot of lay litigants. I don’t know if you understand the concept of ineffective participation – that’s when you’re there in court and you don’t know what’s going on. It’s my job to try and spoon feed these people, to enable them to get to grips with the process that’s before the court.”

McCullagh: “OK, now as you say, you don’t know why this particular decision has been taken. But it’s fair to say that you have been vocal, you have been perhaps controversial. A lot of people would know that you’ve spoken up in favour of people who’re facing repossession and so on…”

McCullagh: “Would some people wonder whether you’re impartiality might be in question?”

Honohan: “No, no, I can’t imagine how? Because a level-playing pitch in the courts is what the objective is. And there’s no way that I’m making a judgement which is actually impacting on the actual strict legal rights of either party. I’m simply making sure that both parties are ready and prepared to deal with the case when it comes on before the court.”

McCullagh: “You also, famously, recently brought a hammer into your courtroom to break a window because the room was too stuffy?”

Honohan: “Yes..I’m sure that’s not the reason for the change…”

McCullagh: “Well, your room will presumably be less busy now if these cases are…”

Honohan: “Those windows have been fixed actually, so I’m delighted with that.”

McCullagh: “Ok. Edmund Honohan, thank you very much indeed for joining us.” 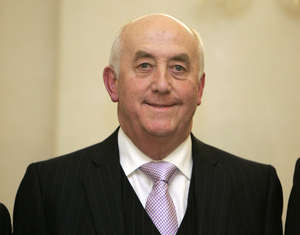 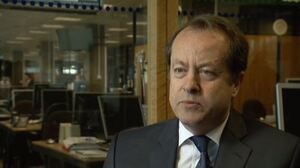 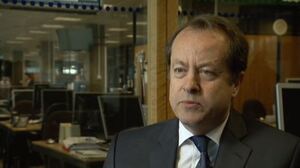 “In general, it seems to me that most judges would be upset this morning at going into court thinking that the public regards them as having a heightened sense of self-entitlement and concern about their status in society.”

A BROTHER of the governor of the Central Bank lobbied former Taoiseach Bertie Ahern and the late Brian Lenihan for a key judicial role in Europe with an annual salary of €228,000.
Ed Honohan wanted to become Ireland’s judge at the European Court of First Instance (ECFI).
…the Government admitted there was nothing to stop lobbying for judicial appointments for the bench here or in Europe. But added it would immediately review the situation.