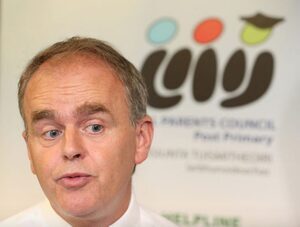 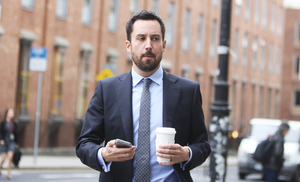 At the time of last year’s interview, 18-year-old Amanda* said living in a hotel, for a year at that point, had offered her “no privacy” and “no peaceful time”.

She also feared that people at her school, because of her situation, would decide she was “scum”.

Ms O’Kelly started off her report saying “nothing has changed for this family” and explained that the family – a mother, two daughters and one son – are still living in the same hotel room.

In this morning’s report, a tearful Amanda told Ms O’Kelly:

“You want to voice what’s actually going on, the truth with everything, but you are sometimes afraid, and, just, your voice is gone.”

“In my old school, for example a lad started shouting ‘oh, yeah, you’re living the high life, if you’re homeless. You know, you get your bedroom, you’re living in a high-class hotel, you’re getting  your food paid for you and everything. You can just around doing nothing, waiting for a house that’s paid for you.

“And I’m sitting there in tears. I can’t hide it because it’s not the high life. You’re living with stench of people, cooking food in rooms, rotten away with mould and everything else.

“I feel like I’ve been stolen of most of my life.”

“People need to know that it is deadly to live like this. You do just want to…you feel like you have no life left living in here with no help, no sense of security, you just think what’s the point. You really do.”

Amanda also said that it’s the job of Taoiseach Leo Varadkar and Housing Minister Eoghan Murphy, and “everyone else that’s sitting in that Dáil” to fix the homeless crisis.

She said “it’s their job to care” and if they don’t, then the job should be given to someone else.

“It’s probably one of the most important contributions to this debate that we’ve heard in the past number of months.

“…the bravery they had this morning to come out and tell the country about their particular circumstances, I think was very brave but very important that people understand what these families are facing…”

*Amanda is not her real name.

This morning’s interview can be listened to in full here

‘Your voice is gone’ – student speaks of being homeless (Emma O’Kelly, RTE)

Previously: ‘Will They Still Be Your Friend? Or Will They Find You Scum?’