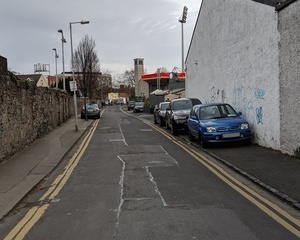 Hello people who are interested in livable, pedestrian friendly streets! We are having the first meeting of the Irish Pedestrian Network on 26th February at 7.30pm in the Teachers’ Club on Parnell St. All interest groups and individuals welcome. Skype participation also available. 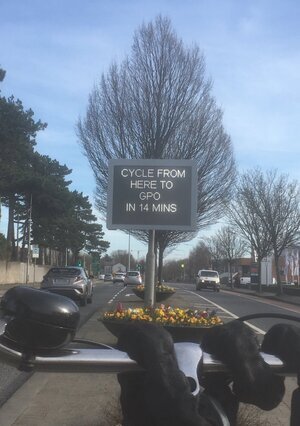 Road information sign for cyclists, for a change, on the Navan Road, Dublin. Safer 🚲routes would help even more. 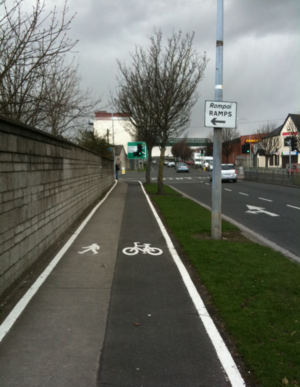 On the Finglas Road, Dublin

As a pedestrian, I am interested in the debate concerning cyclists who do not feel safe while cycling on the road. Following a few recent near-misses with cyclists and skateboarders on local footpaths, I now feel anything but safe while out walking. Maybe a solution would be “pedestrian only” lanes on footpaths? Or should pedestrians consider wearing crash helmets?

Pic and related: Footpaths are for cyclists when it suits Dublin’s councils (Irish Cycle, 2011) 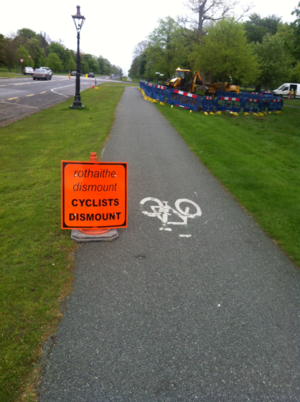 Sign on a cycle lane in Phoenix Park last year

Further to Michael Cullen’s letter, in which he recounts seeing seven people breaking the law within 10 minutes, it should be a record, but is probably not.

Cycling on the footpath is not subject to a fixed-charge notice (on-the-spot fine), but it is against the law and is subject to a fine of up to €1,000, and possible imprisonment for three offences within 12 months.

This law should be enforced because cyclists do not have third-party insurance. If knocked down and injured by a cyclist, a pedestrian would be unlikely to obtain compensation.