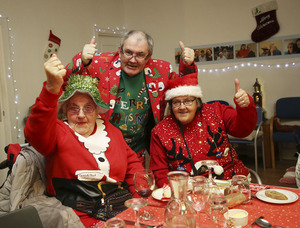 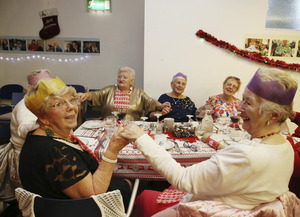 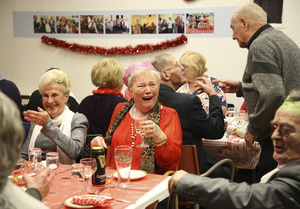 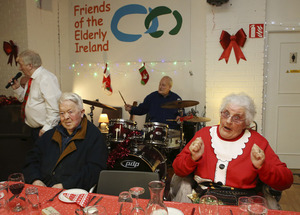 The annual elderly Christmas Dinner for isolated elderly in Dublin at the Friends of the Elderly HQ.

Friends of the Elderly 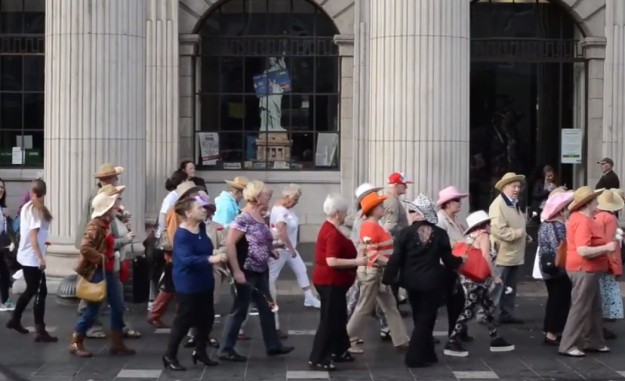 85 Irish senior citizens did a ‘flash mob’ line dance to celebrate United Nations Day of the Older Person (Wed 1st October) [at the GPO] in Dublin [the first of its kind and therefore a new world record].

Dermot Kirwan of Friends of the Elderly Ireland adds:

“We are laying down a challenge to any group who think they can beat it. As an Irish charity that supports the elderly who are alone, we want this world record to show that older people and the elderly enjoy a good time and have a great sense of fun” 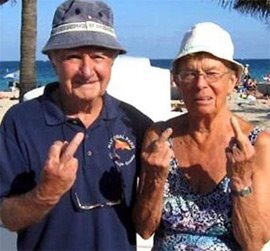 In what might be seen as the first salvo in an inter-generational war, Friends of the Elderly has called for the scrapping of transition year.

The organisation…described the senior cycle “gap year” as “self-indulgent” and “a luxury we can’t afford” and said it should be replaced with a community service year.

Which prompted Declan to write:

– Speaking as a 27 year old who did transition year and is now a tax payer left paying off the debts incurred by the auld ones – I’m a bit annoyed. How about we take away the vote from them and the travel pass. They obviously made a fuck of it the first time time so why give them a self indulgent second chance.