EPIC (Event Production Industry Covid19 Working Group) have published an open letter (top) with over 600 signatures from across the industry.

The letter, accompanied by the video ‘This Is Who We Are’ (above) voiced by Stephen James Smith, is part of National Awareness Week for the Live Entertainment & Event Industry in Ireland and follows EPIC’s spectacular Pre-Budget Submission on Wednesday.

An Open Letter from the Live Events and Entertainment Sector (EPIC) Soulful American songstress Rachael Yamagata takes her European tour to Dublin and Kilkenny where she will be supported by local guitar hero Clive Barnes (not to be confused with Cliff Barnes, JR Ewing’s arch nemesis from ‘Dallas’… millennials, ask your mother).

Rachael’s sultry, smoky vocals are to the fore on her most recent piano ballad ‘Be Somebody’s Love’ (above), and her songs have graced TV shows such as ‘The OC’ and ‘Grey’s Anatomy’.

Wexford-born, Kilkenny-based Clive, meanwhile, is a six-string virtuoso steeped in folk, alt.country and blues and has shared a stage with such stellar names as Jim White, Peter Bruntnell and Marah. His album ‘The Ghost Country’ is a must for all fans of Americana.

Nick says: A double-bill made in roots heaven!

Take you to church?

BellX1 singer Paul Noonan takes to the pulpit tonight when he plays a sold out solo show in St John The Baptist Church on Church Avenue in Drumcondra, Dublin. Paul can be caught live elsewhere as tonight is the launch of an Irish tour (see top)

This gig, titled New Sounds In An Old Place, will showcase his recent solo material, including ‘Beautiful Phones’ which was produced by The Gloaming’s Thomas Bartlett.

Nick says: The bells, the bells! 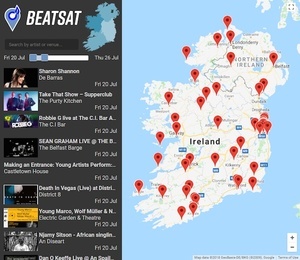 Where exactly the beats are ‘at’?

I’ve made a website for finding gigs in Ireland. It’s still a work in progress, so if anyone has any bug reports, or suggestions, leave them below or send t to theteam@beatsat.ie. 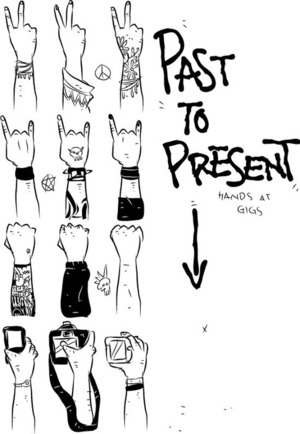