The Grand Canal at Drimnagh The Grand Canal at Drimnagh.

Winter nights along the frozen canal. I love the array of colours. Dublin resplendent in the late autumn sunshine. Beautiful reflections on the water, a golden carpet of leaves, and blue skies. 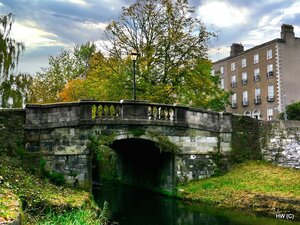 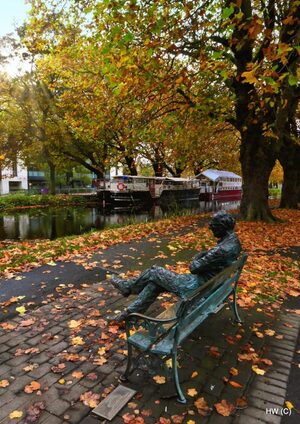 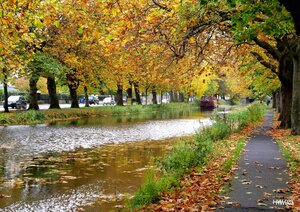 The Grand Canal looks resplendent in Autumn colours, it immediately brings to mind Paddy Kavanagh’s poem ‘Lines Written on a Seat on the Grand Canal, Dublin‘… Looking east along the Grand Canal from Sally’s Bridge, Dublin 8. 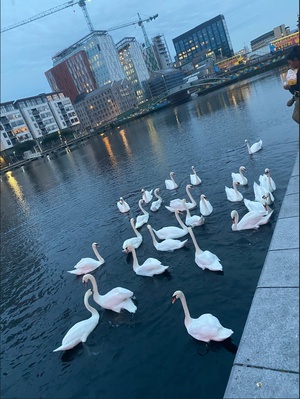 Houseboats moored on The Grand Canal at Robertstown, County Kildare.

A petition to allow a number of people to live permanently on their houseboats along the Grand Canal in Dublin has amassed almost 6,000 signatures.

Waterways Ireland had asked the owners to move their boats, as they had overstayed their allocated time and were breaking the rules.

The owners were told that their boats would be lifted out of the water, stored and could be later sold at auction, if they did not comply.

A bill for the cost of lifting the boats would also be sent to the owners.

However, after a meeting with Minister of State for Heritage Malcolm Noonan last week, Waterways Ireland agreed not to remove any liveaboard boats, for now.

Houseboat owners in limbo over lack of full-time permits (RTÉ)