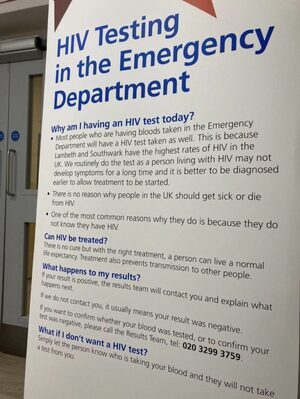 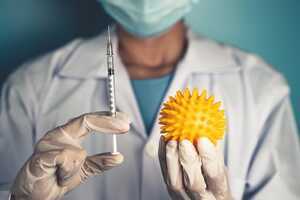 We warned everybody ….We tried our best but some people just refused to hear us….Instead, we were censored, ridiculed, name called. So now ……Researchers Warn Some Covid-19 Vaccines Could Increase Risk Of HIV Infection https://t.co/IT29O4wA5B

Some of the Covid-19 vaccines currently in development could increase the risk of acquiring HIV, warned a group of researchers in the The Lancet medical journal Monday, potentially leading to an increase in infections as vaccines are rolled out to vulnerable populations around the world.

So let me get this straight – they added a tiny fragment of hiv into the vaccine as a clamp for the protein or whatever the fuck, injected people with it, now a year later they’re saying hiv is on the rise & make sure to get tested while they make a hiv vaccine🤡 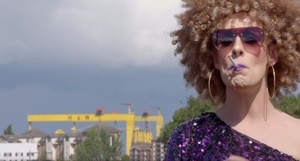 Ahead of World Aids Day on Saturday.

A trailer for ‘Becoming Cherrie’

Matthew was diagnosed HIV-positive aged 19, but went on to become a beloved, if heavily trolled, entertainer and spokesperson for people living with HIV in Northern Ireland. 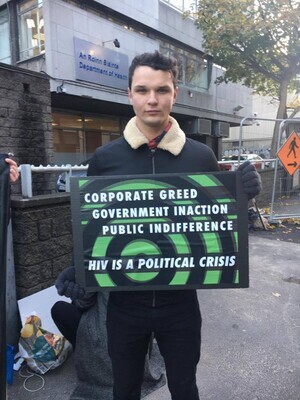 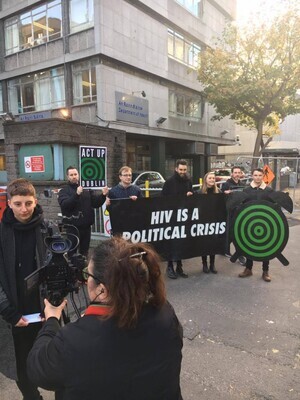 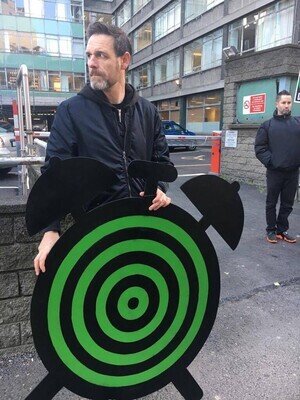 Members of Aids coalition Act Up picket the Department of Health about a crisis that has seen Ireland record the highest number of new HIV diagnoses ever last year.

On the eve of World AIDS Day, ACT UP Dublin is sounding an alarm to government, community stakeholders, and the public: Ireland is in the midst of an HIV crisis.

This morning in front of Department of Health Offices ACT UP installed an alarm clock to wake Ireland’s dormant institutions to the need for a renewed effort to address the expanding epidemic.

Thanks to advances in treatment and prevention, government has powerful new ways to reduce new HIV transmissions. ACT UP calls on authorities to do more than offer words. Government should devote greater resources, and take effective actions, to address the epidemic.

From top: HIV activist Robbie Lawlor; members of Act Up and artist Will Ledger. 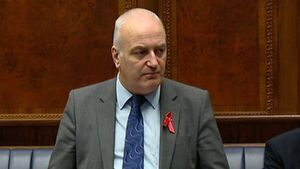 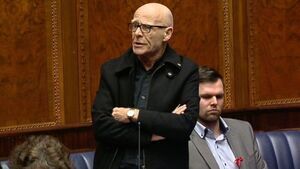 A Northern Ireland politician has admitted he did not know heterosexual people could contract HIV until a charity explained the facts to him.

The DUP’s Trevor Clarke made the admission in a Stormont debate calling for a new HIV awareness campaign.

He was later accused of “unconscious homophobia” by Foyle MLA Eamonn McCann.

He said it was not so long ago that some politicians had proclaimed they would “Save Ulster From Sodomy” – referring to the campaign led by the DUP’s founder, the late Ian Paisley.

The People Before Profit MLA also said he would have kissed more men in his life if it “hadn’t been for the stubble factor”.

DUP’s Clarke did not know heterosexuals could contract HIV (BBC)

Sammy Wilson on HIV: people get dementia/cancer “not always as a result of their own behaviour”. Ergo HIV…
Christ the night… 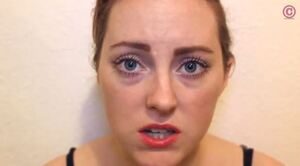 “This is my contribution to the Durex and MTV ‘Staying Alive’ #SomeoneLikeMe campaign for World Aids Day 2013. On a lighter note, I never thought I’d see the day where I would work ‘post-expose prophylaxis’ into a Miley Cyrus song. On an even lighter note, I think Durex were paying people to create videos but I couldn’t find how to sign up so this one’s free for a great cause.

“Lastly, I am fully aware that I cannot sing. That is not the point of the video.” 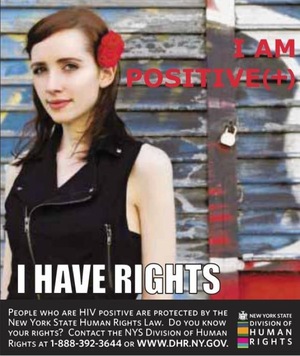 A Brooklyn woman who does not have HIV is suing Getty Images for selling her likeness to the Division of Human Rights, which used her smiling photograph next to the words “I am Positive (+)” and “I Have Rights.” There was a Friends episode that tackled this same issue. Isn’t there always?

25-year-old HIV-negative Greenpoint resident Avril Nolan filed a $450,000 lawsuit against the company on the basis that it “allowed her image to be used improperly,” forcing her into several awkward conversations with friends, employers and “potential romantic partners.” (Man at Bar: “Hey, don’t I recognize you from somewhere?” Nolan: “I DON’T HAVE AIDS OK.”) Adding insult to HIV, the STD-free Nolan was forced to hear about the ad from her Pilates instructor….